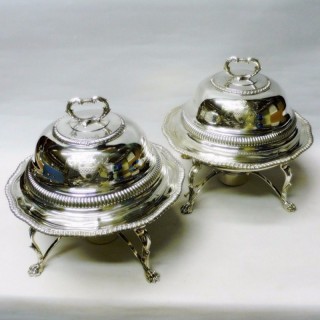 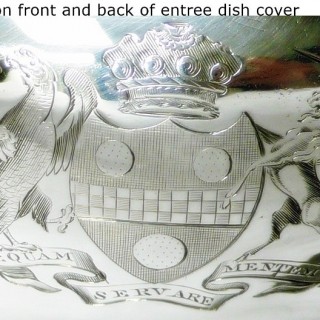 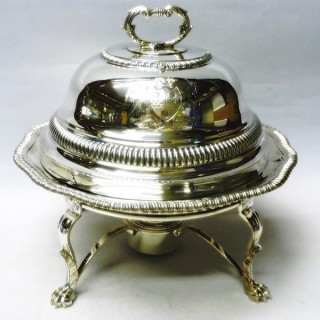 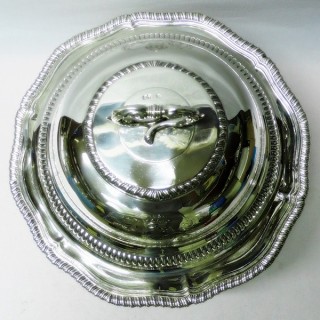 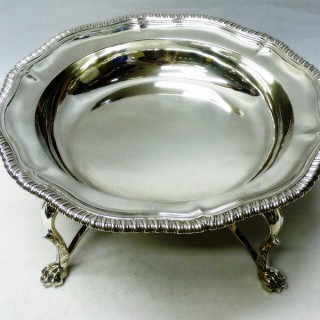 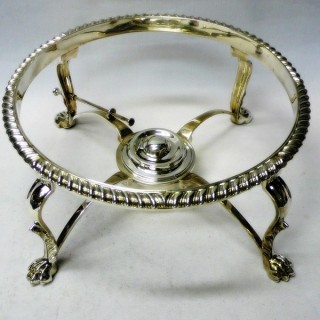 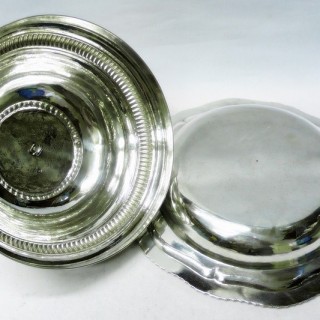 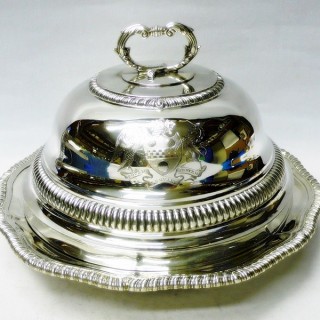 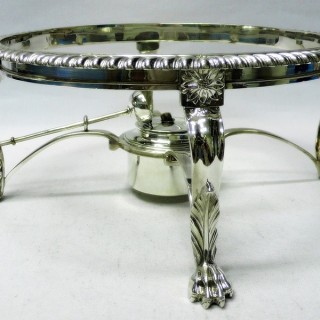 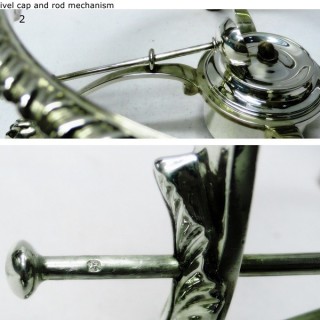 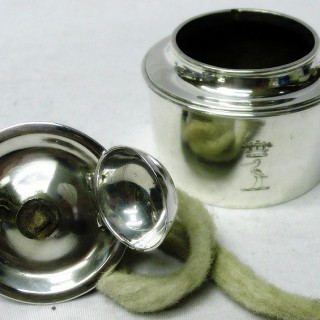 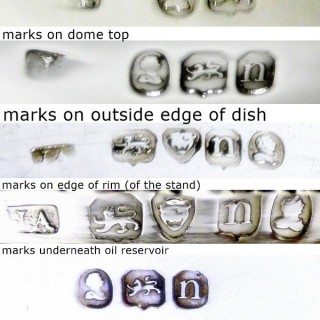 Joseph Angell, apprenticed to Henry Nutting 1796, free 1804. First mark entered as plateworker 1811, second marks 1824. Third in partnership with his brother John Angell (apprenticed to William Elliott 1799, free 1807) in 1831. In circa 1837 Joseph’s son Joseph joined the business which became Angell, Son & Angell. In 1840 John Angell left and Joseph Angell senior and junior continued with a new mark (JA over JA). Joseph junior continued in his own name after his father’s retirement in 1848, participating in many major exhibitions and winning many awards of excellence, particularly for his enamel work. 1867-76 he was in partnership with John Browne after which he traded as Angell & Co.

These handsome tureens are in very good condition with no damage or restoration. All pieces are marked with matching English silver hallmarks (dish and cover, handle, warmer stand, oil reservoir, wick holder and cap, even the little rod which opens the wick cap has the lion mark).