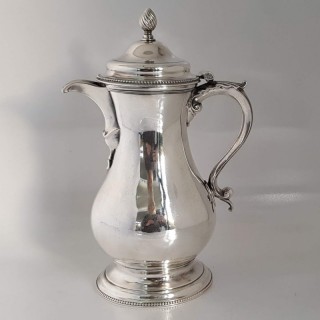 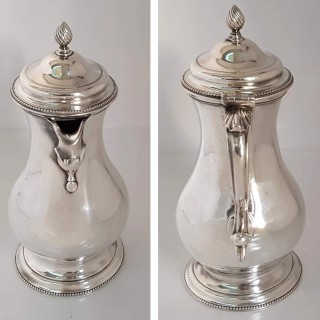 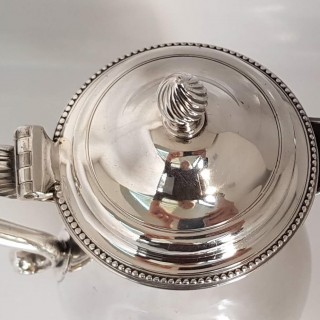 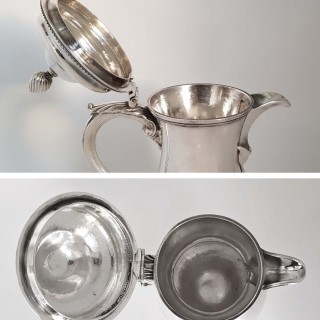 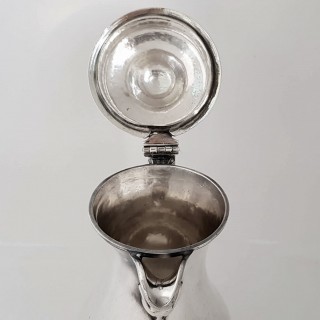 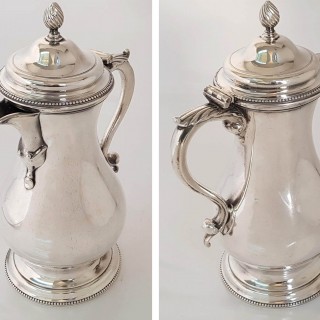 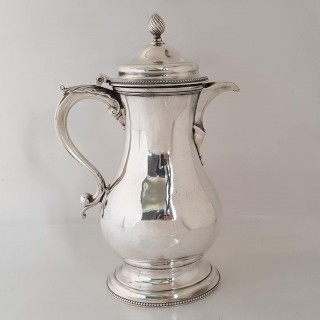 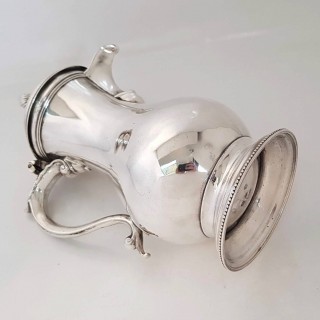 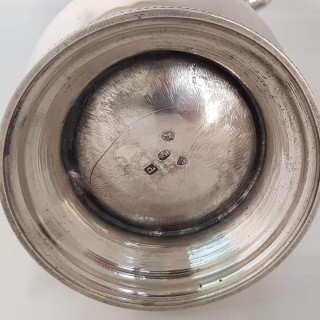 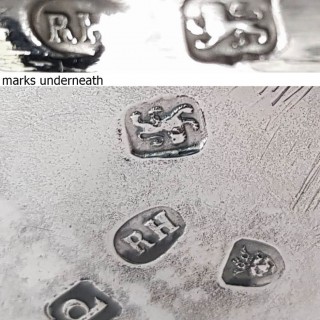 The earliest form of flagon used for serving wine, beer and other cold drinks dates from the late 16th and early 17th century. These are extremely rare and would originally have had a companion dish or basin.
The plain baluster beer jug was introduced circa 1720 and remained popular for the next 50 years. These jugs occasionally have hinged covers and make ideal water jugs for the dining table. By the end of the 18th century the jugs became very decorative and became adapted for serving wine.

The silver jug is in very good condition. Excellent patina. Stamped on the underside with a full set of English silver hallmarks, lion and maker’s mark to the lid.
Please note that this item is not new and will show moderate signs of wear commensurate with age. Reflections in the photograph may detract from the true representation of these items.