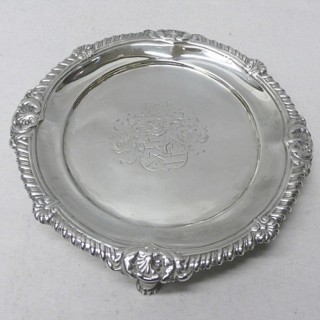 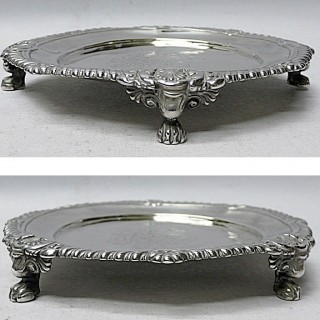 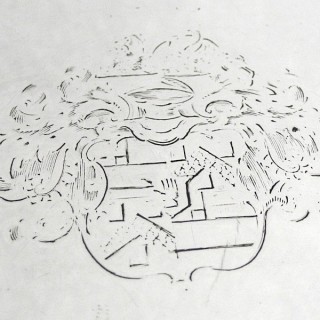 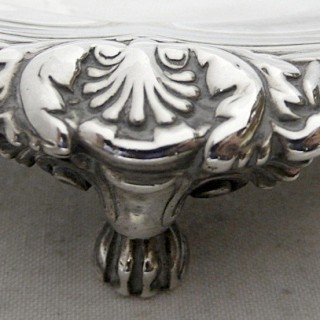 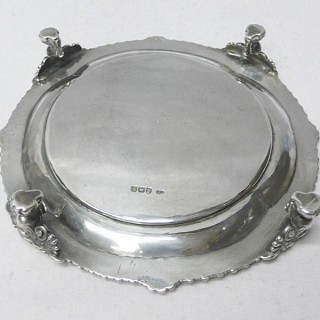 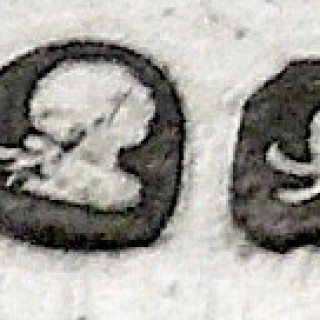 A superb antique sterling silver salver with a broad shell and gadroon border and paw feet. Fantastic quality as you’d expect by this prestigious English master silversmith. To the centre there is a large hand engraved armorial. Small size and suitable for use as a wine coaster or teapot stand. Weight 287 grams, 9.2 troy ounces. Diameter 16.5 cms (inside measure 10.5 cms). Height 2 cms. London 1813. Maker Paul Storr.

This handsome silver waiter is in very good condition with no damage or restoration. Good weight. The silver marks are well stamped and clear. The borders still have good definition. There is some wear to the engraving.