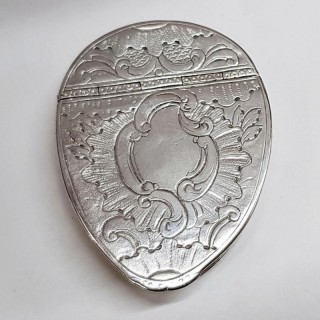 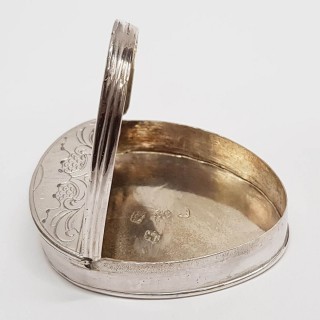 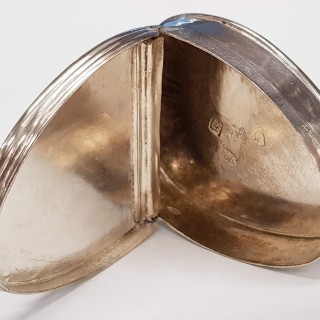 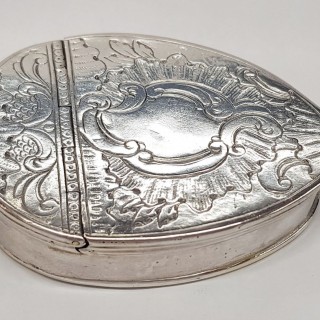 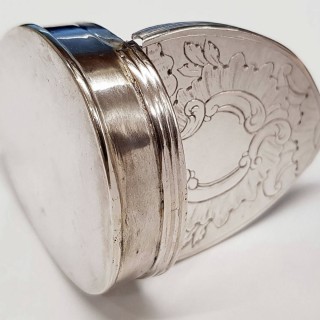 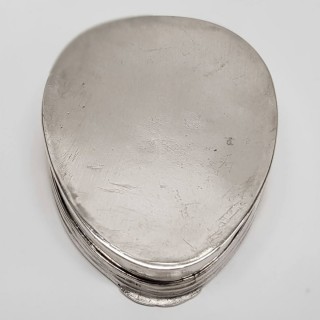 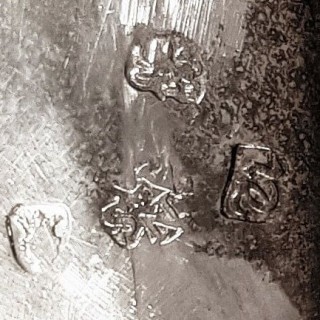 NATHANIEL APPLETON & ANNE SMITH
Nathaniel Appleton, apprenticed to James Walters1751, free 1759. Mark entered in partnership with Anne Smith, no mention of apprenticeship or freedom, in 1771. Their mark is generally found on cream jugs and salt cellars.

Literature It is generally thought that snuff boxes, which were originally designed to be portable, had hinged lids to enable single handed use. The practice of grinding tobacco leaves to inhale the powder was first recorded in 1650 and its quick popularity created a demand for snuff boxes. The boxes were made in two sizes; personal boxes to fit in a waistcoat pocket which would hold a small quantity, enough for immediate consumption, and communal boxes made for table use. People of all social classes used these boxes when snuff was at its peak of popularity and the wealthy carried a variety of fancy snuff boxes in precious metals, with jewels, enamels and portrait miniatures. Boxes made for the poorer snuff takers were more ordinary; popular and cheap boxes were made in papier-mâché and even potato-pulp, which made durable boxes that kept the snuff in good condition. Even after snuff-taking ceased to be a general habit, the practice lingered among diplomats, doctors, lawyers and other professionals as well as members of professions where smoking was not possible, such as miners and print workers. Monarchs retained the habit of bestowing snuff-boxes upon ambassadors and other intermediaries as a form of honour.

The snuff box is in good condition with no damage. The interior gilt is original with some wear. The hinge is undamaged and works well. Stamped inside the base with a full set of English silver hallmarks, lid unmarked.