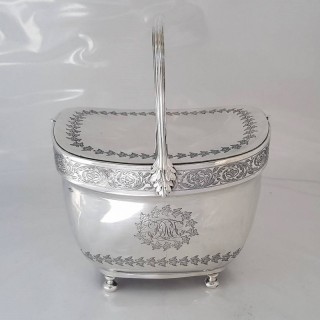 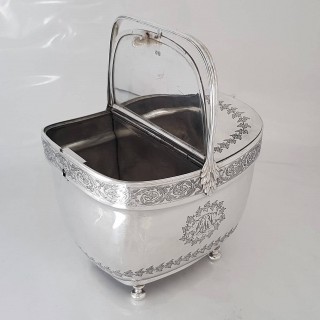 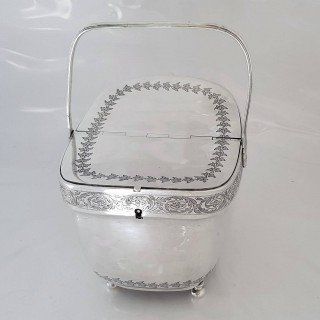 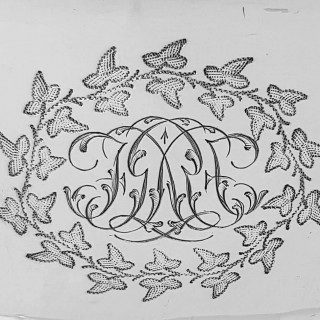 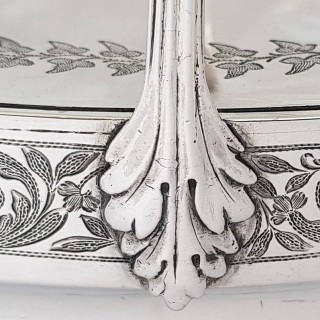 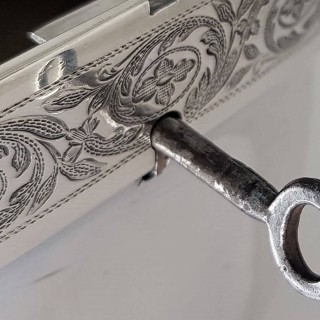 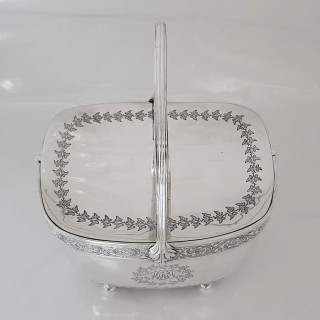 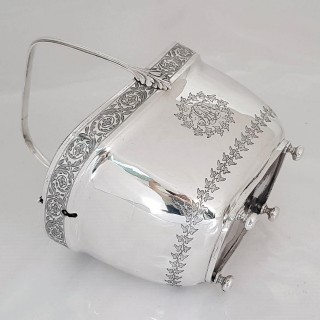 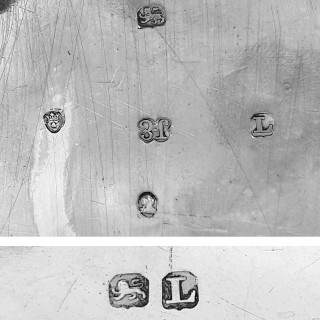 An unusual antique silver tea caddy box of curved rectangular form. Lovely classic style. This is a double caddy designed for both black and green tea. Beautifully engraved to the lid and body with leaf borders and a thick band of foliate scrolls with interspersed flowerheads. To the front is a monogram in old fashioned script. The fixed carrying handle has a reed and acanthus decoration. The unusual double opening lid has an inset hinge and there is a lock to either side. Key provided.

Marks. Stamped underneath with a full set of English silver hallmarks, the lids are part marked.

JOHN EMES
This manufacturing silversmiths was originally established by Anthony Nelme c.1680 passing to Francis Nelme on his death in 1722. Thomas Whipham took over in 1739, passing it to his son Thomas Whipham jr in 1756 who took into partnership Charles Wright.

A Tea Caddy is a box, jar, canister, or other receptacle used to store tea. The word is believed to be derived from “catty”, the Chinese pound, equal to about a pound and a third avoirdupois. The earliest examples that came to Europe were Chinese tea canisters in blue and white porcelain with china lids or stoppers. Some of the earliest silver examples have sliding bases (or tops) and the cap was used for measuring the tea. By the mid eighteenth century matching sets were available, with two caddies (for green and black tea) and a sugar bowl, all fitted into a wooden or shagreen case, often with silver mounts. During the late 1700’s the locking silver tea caddy was introduced with its own key which the lady of the house kept on the chatelaine around her waist. Double locking tea caddies in silver are rare.

In very good condition. Fully functional. The hinges and locks are in working order.