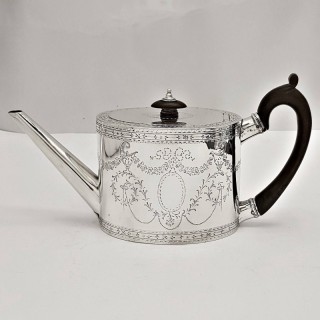 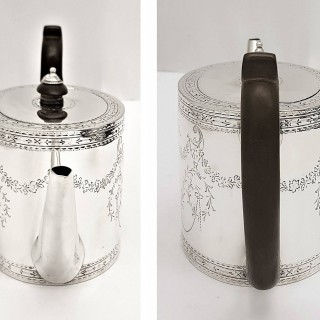 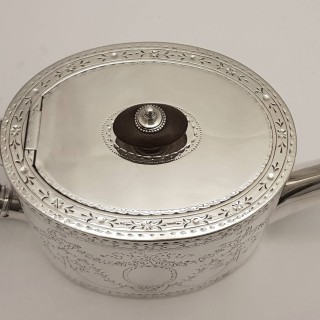 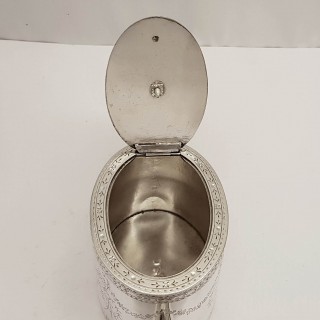 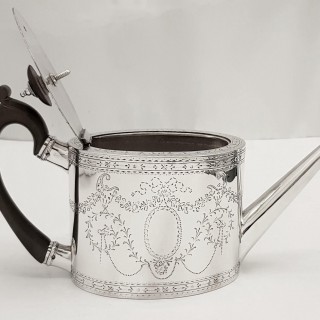 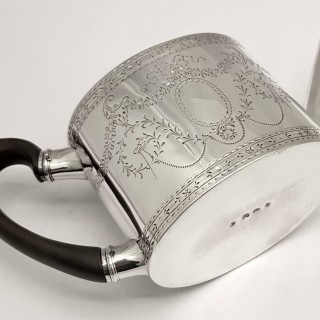 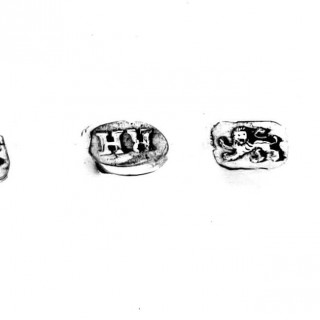 The silver teapot is in very good condition. Stamped underneath with a full set of English silver hallmarks, the lid with lion mark only. The engraving is crisp. The teapot has been tested and it does not leak. The handle is secure. The end of the spout is slightly out of shape. There is a slight ripple mark on the surface of the lid close to the hinge.
Please note that this item is not new and will show moderate signs of wear commensurate with age. Reflections in the photograph may detract from the true representation of this item.