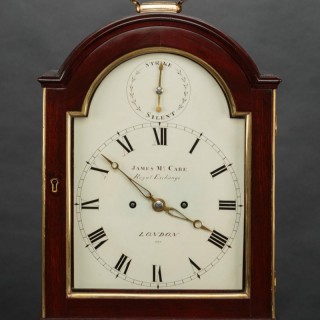 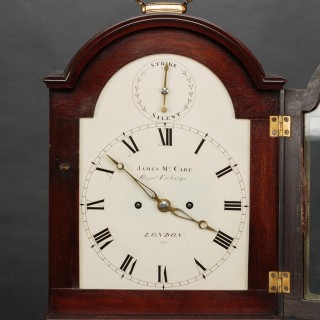 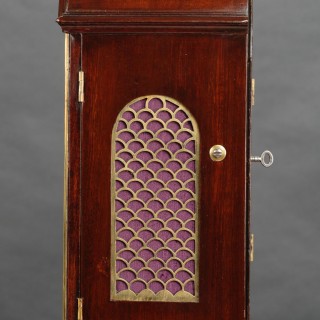 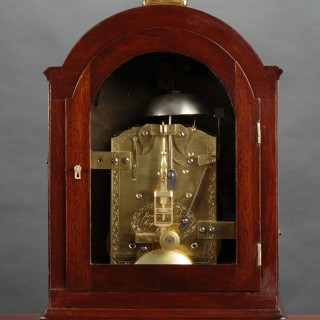 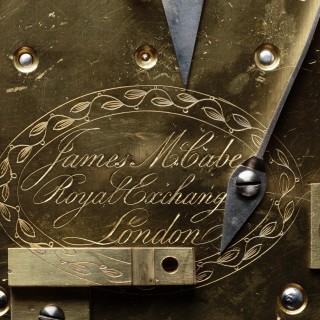 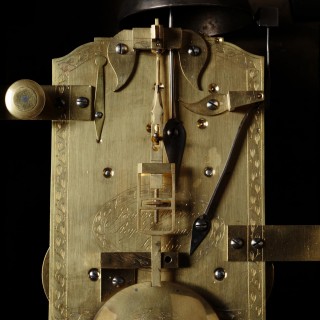 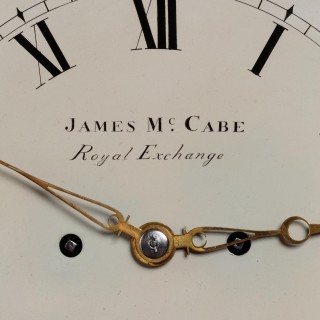 James McCabe was one of the most prestigious makers of his generation originally born in Ireland (Lurgen, son of Patrick McCabe) c.1748. He then moved to London in 1775 firstly to Cheapside and then moving to 97, Cornhill, Royal Exchange. On the 2nd April 1781 he was made an honorary freeman of the clockmakers company eventually becoming senior warden in 1811.

Many of his fine timepieces both clocks and watches are housed in museums across the world, among notable clients of James McCabe were Horatio Nelson and the first president of the United States George Washington who purchased a McCabe pocket watch in Philadelphia bin 1793.

Clockmakers and Watchamkers of the World by Brian Loomes lists McCabe James (1) Lurgan (Ireland c.1765-1770). Son of Patrick McCabe q.v. then to London (Cheapside and Royal Exchange) 1778. Member of the clockmakers company 1781-1811. His business was continued under his name by his sons.