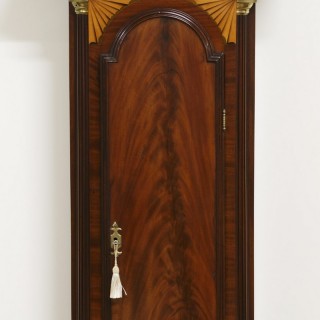 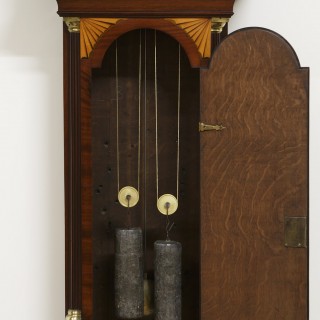 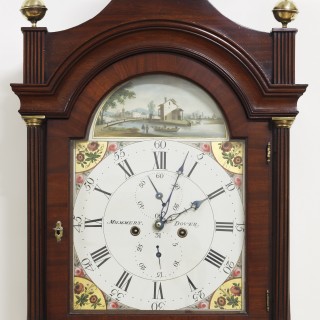 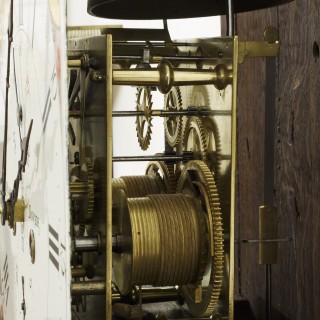 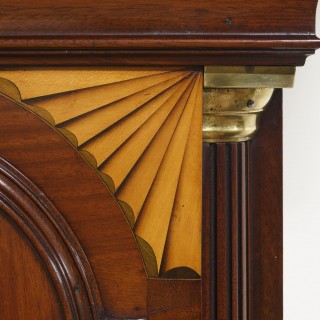 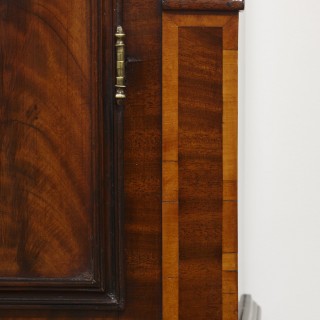 Pagoda top hood with shell inlay, reeded pillars and brass capitals either side of the dial.

‘Michael Pearson’s’ informative book ‘Kent clocks and clockmakers’ lists Thomas Mummery (senior) as working in Dover from 1808 when he gained his ‘freedom’ from the clockmakers company until 1855. He started his apprenticeship on the 8th April 1799 with the watchmaker Richard Cramp. Richard Cramp was a watchmaker working in Burgate Street, Canterbury.