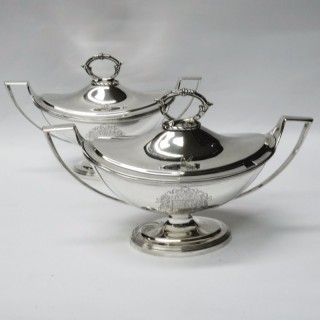 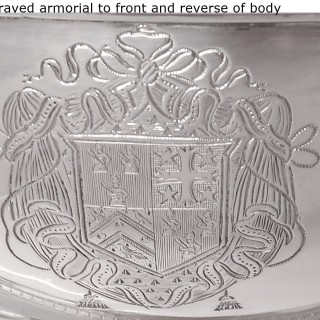 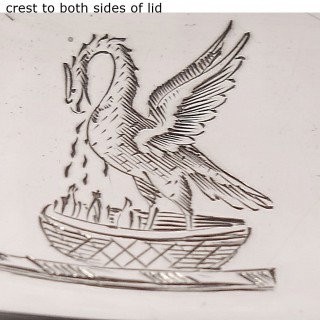 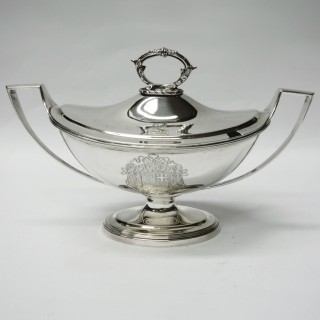 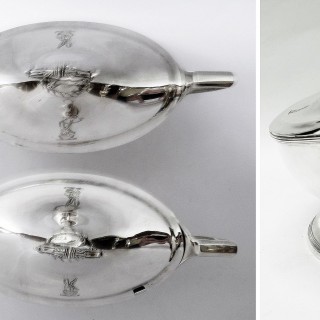 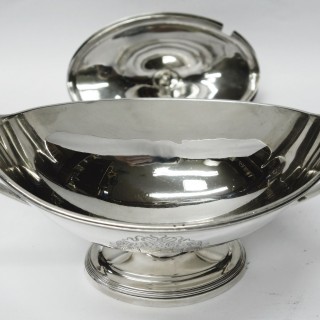 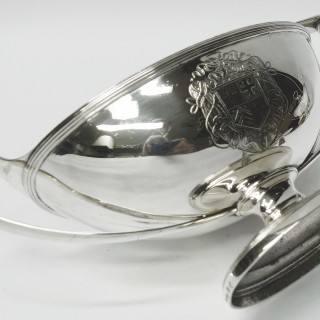 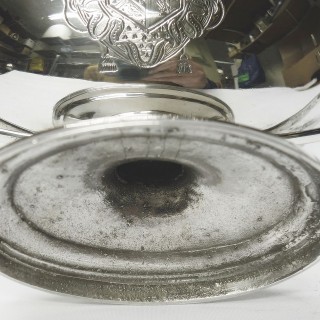 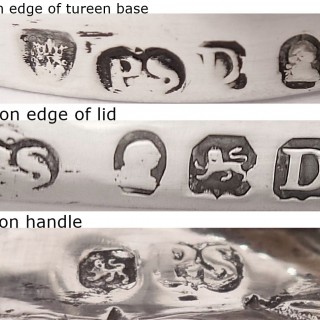 These classic style tureens are in very good condition with no damage or restoration. Both bases and lids are marked with a full set of crisp and matching English silver hallmarks. All pieces have the Paul Storr maker’s stamp. The tureens were originally from at least a set of four, these being tureen numbers 2 and 4; the edge of each lid and base are marked with dots so that it is easy to fit the correct top to its base.