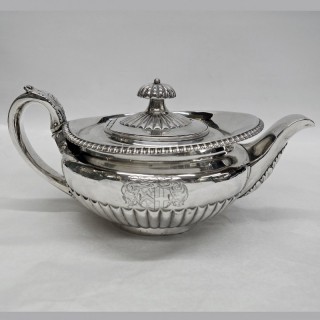 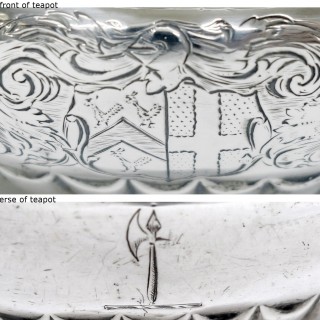 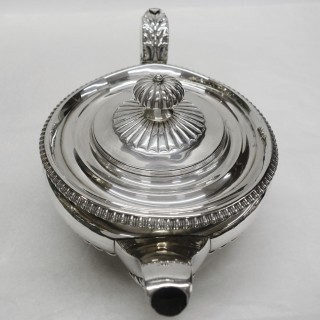 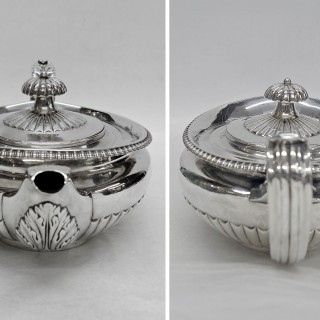 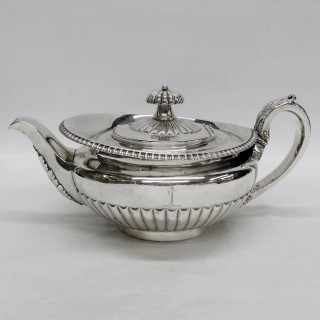 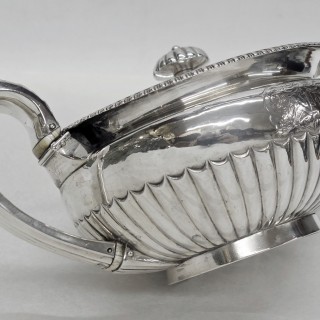 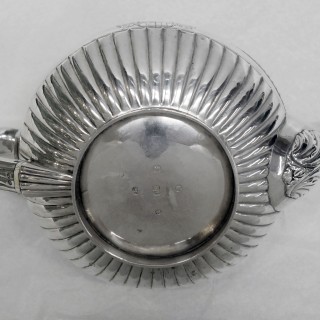 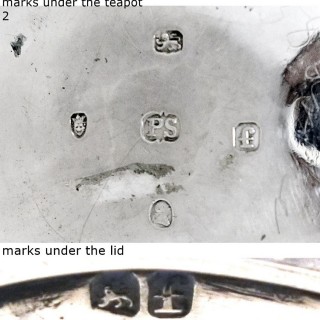 A handsome antique sterling silver teapot with a low chunky shape and half ribbed fluting and quality flush hinge to the lid. Fantastic quality as you’d expect by this prestigious English master silversmith. To the front there is a large hand engraved armorial within a decorative cartouche and to the reverse there is an axe crest. Weight 740 grams, 23.7 troy ounces. Capacity 1200 ml. Height 12 cm (to top of finial). Spread 28.5 cm. London 1821. Maker Paul Storr.

An attractive antique silver teapot in very good condition. No damage or repairs. Good gauge silver, the engravings still have good definition. Marked underneath the pot with a full set of English silver hallmarks and makers mark, sterling mark and date letter underneath the lid, sterling mark and makers mark on the lid finial. This pot has been tested for water retention and does not leak, it pours beautifully.
Please note that this item is not new and will show moderate signs of wear commensurate with age. Reflections in the photograph may detract from the true representation of this item.