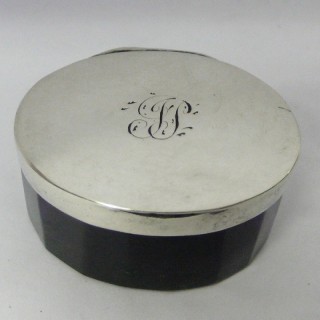 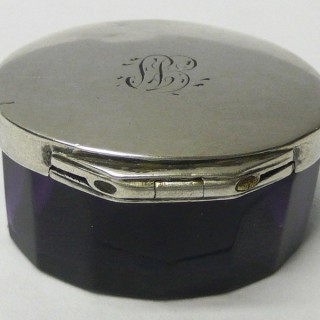 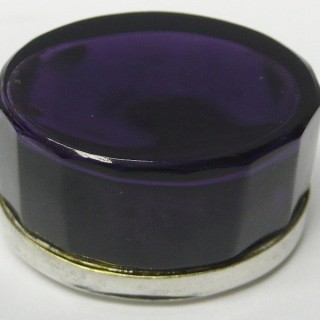 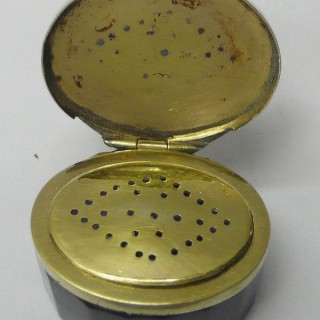 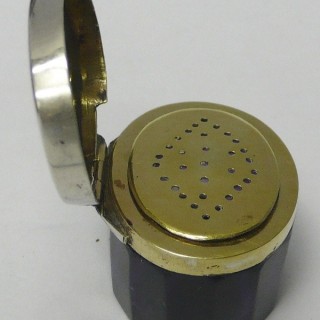 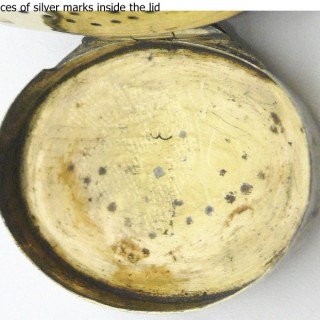 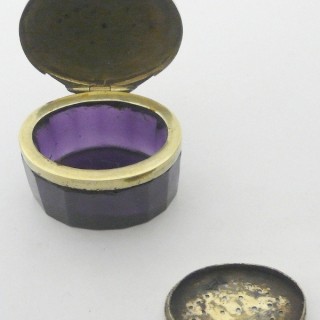 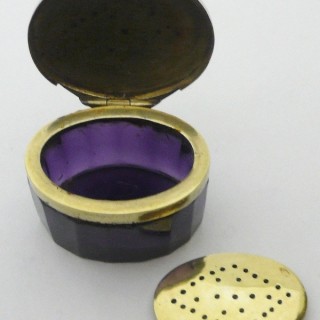 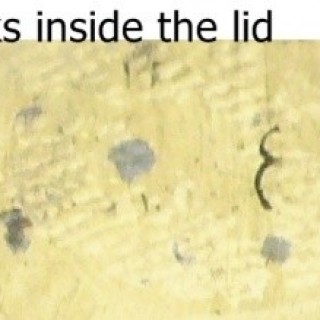 A charming little antique silver vinaigrette with a sterling silver top and an amethyst glass body with multi faceted panels. The hinged lid opens to reveal a gilded interior with a pull out grill. The top is hand engraved with intertwined initials in old fashioned script. Height 2 cms. Top 3.3 x 2.7 cms. Inside the lid there is the remains of a mark which is possibly the remains of King George’s head. English, circa 1820.

Vinaigrettes, popular from the late 18th century through the end of the 19th century, were small containers used for holding various aromatic substances, usually dissolved in vinegar. A tiny piece of sponge, soaked in the liquid, was contained beneath a grill or perforated cover. Ladies used to carry a vinaigrette with them to combat the aroma from the waste products common in cities. Likewise, the practice of wearing tight corsets also regularly caused woman to faint, requiring the need to carry smelling salts.

This unusual little vinaigrette is in very good condition with no damage or restoration. The silver is unmarked although inside the lid there is possibly a badly stamped George’s head.