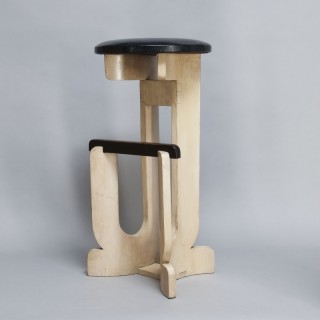 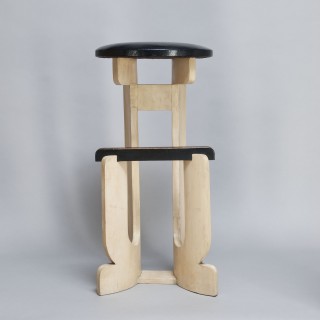 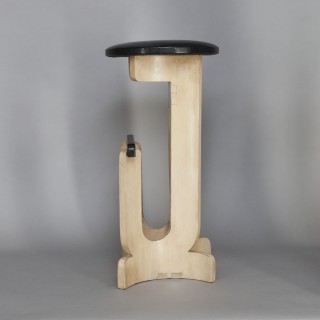 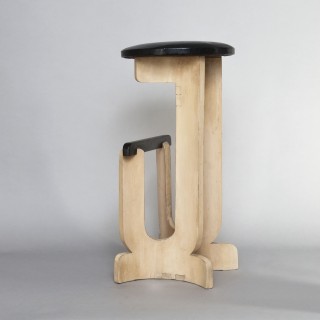 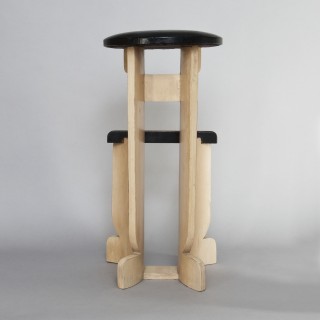 Gerald Summers was the most innovative British Modernist designer and in only ten years produced over a hundred furniture designs which capture the zeitgeist of the 1930’s. This sculptural cocktail stool is typical of Summers’ love of simple, economical and practical design and the plywood, which had been used since the 1920’s but always disguised, is here appreciated for its intrinsic beauty and versatility. The stool has a white tinted finish and original black covered seat. The black surface of the foot rest serves to punctuate the form and echos, in both shape and colour, the black cushioned seat.

The stool is one of only two known to exist.

Originally offered through Heals and Harrods and select department stores in the US including Pembertons in New York, examples of Gerald Summers’ designs are now held by the Victoria & Albert Museum in London, the Museum of Modern Art, New York and the Vitra Design Museum in Germany.