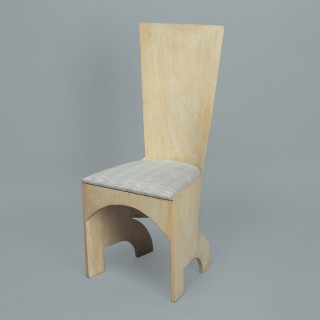 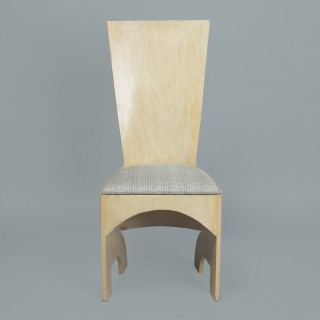 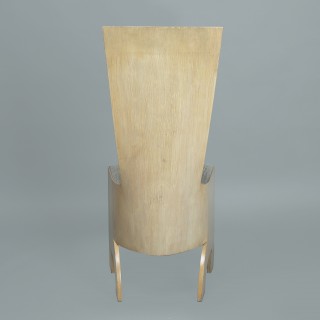 This remarkable chair has significant presence yet is almost weightless being constructed of 1.5mm aeroplane ply. The back of the chair spreads from a tight curve at the base, constrained by the shape of the seat, to a flexible, gentle sweep at the top. This variable curve is significant historically as it pre-dates the multi-directional curves used by the American designers Charles and Ray Eames some ten years later in the 1940’s. The chair is extremely rare as it retains its original black tinted polish.

Gerald Summers was the most innovative designer in Britain in the 1930’s but his significance is only now being appreciated as emphasis has heretofore been placed upon the achievements of European and Scandinavian architect/designers; ‘Makers of Simple Furniture’ was also a small company, producing mainly to order, without the publicity machine of larger workshops.