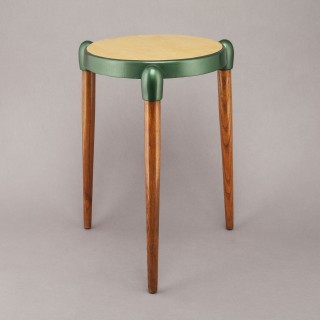 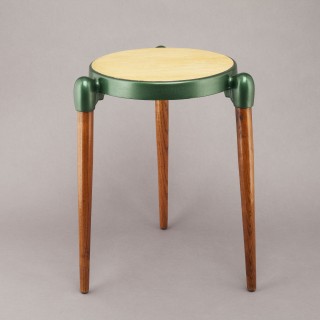 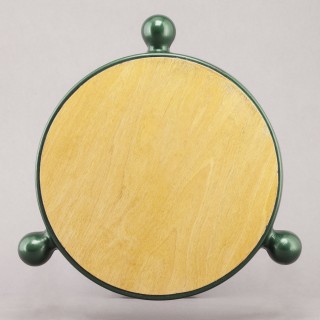 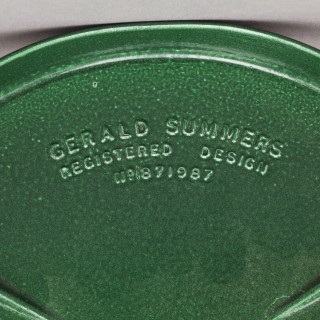 Gerald Summers was the most innovative British Modernist designer and in only ten years produced over a hundred furniture designs which capture the zeitgeist of the 1930’s. However, in 1939 his company, “Makers of Simple Furniture”, was forced to close because the plywood from which he constructed his designs was no longer available. The Russian invasion of Estonia and confiscation of Venesta who were the plywood manufacturers meant that the material was no longer exported to Britain. With typical ingenuity Summers re-fitted the workshop to sort ball-bearings and his company Gerald Summers Ltd exists to this day. However, his creative instinct remained strong and after the war, in the 1950’s, he designed a number of pieces including this TV Table.