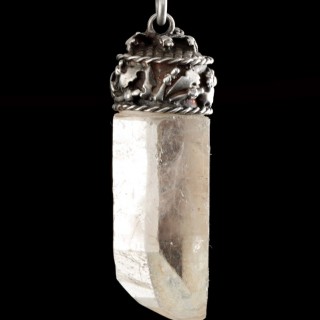 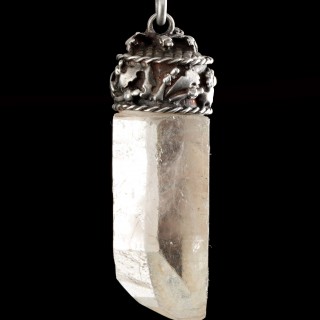 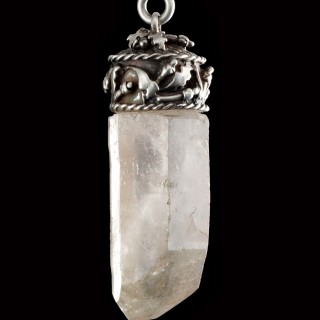 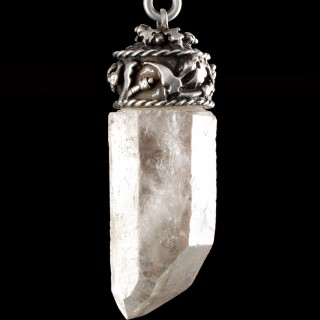 The belief that the wearing of certain stones or natural materials such as coral and amber would protect the wearer remained strong throughout the centuries. The ancient Greeks called rock crystal ‘Kruos’ meaning ‘icy cold’ as they believed it to be a form of supercooled ice. The Roman naturalist Pliny the Elder thought it was water ice permanently frozen after great lengths of time, and this idea was supported by the fact that rock crystal is found near glaciers in the Alps. Pliny also knew of its ability to split light into a spectrum.
In both antiquity and in later medieval times rock crystal was held to be talismanic and to have amuletic properties. In the Middle Ages it was thought to be particularly efficacious in ensuring a copious lactation after child birth, and large beads shaped from rock crystal were often found in the graves of high status individuals of this period.