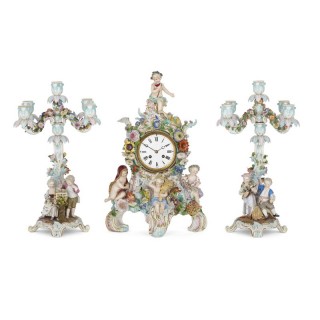 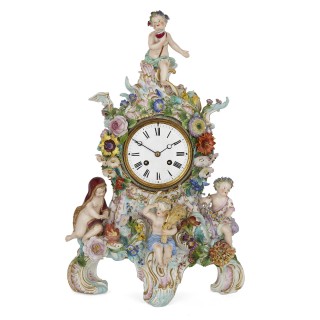 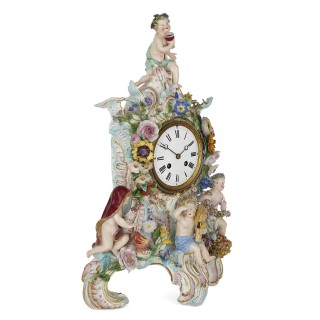 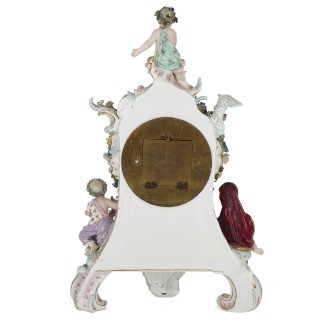 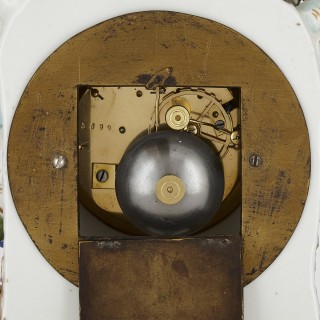 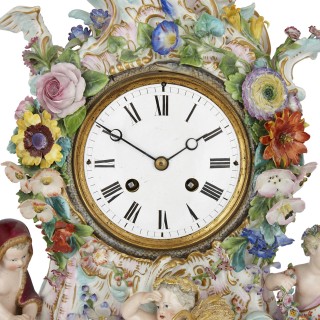 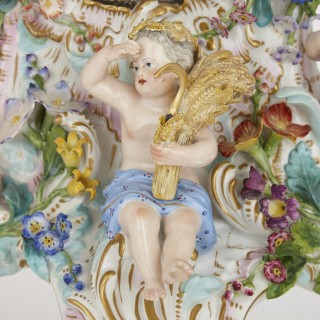 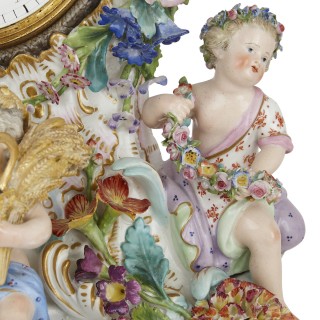 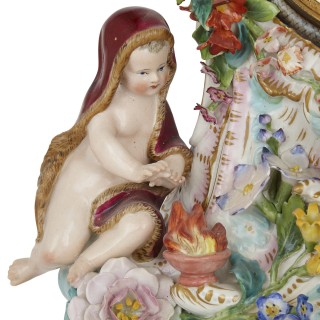 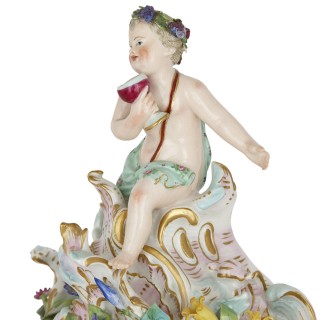 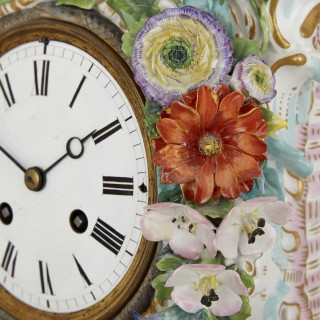 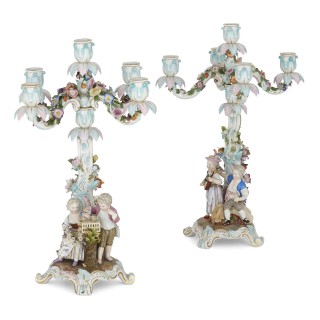 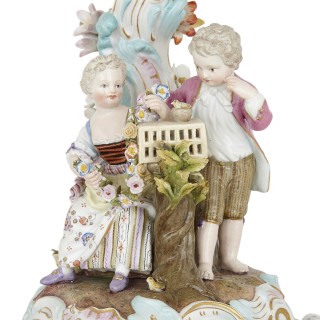 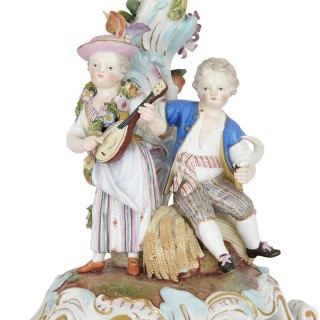 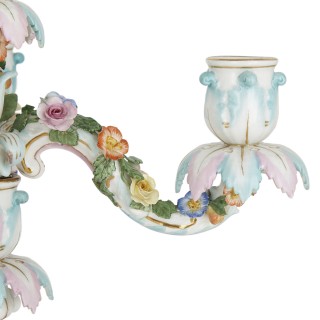 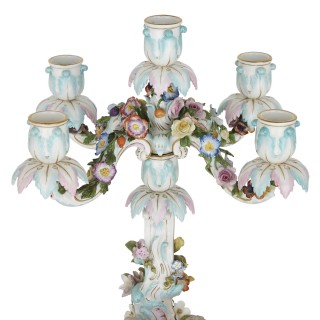 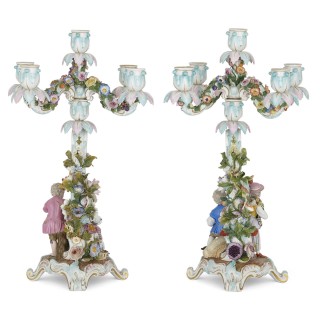 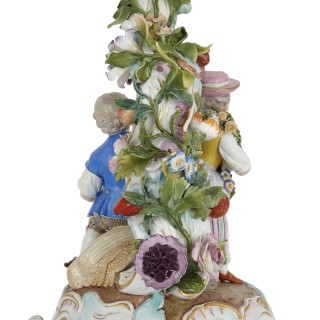 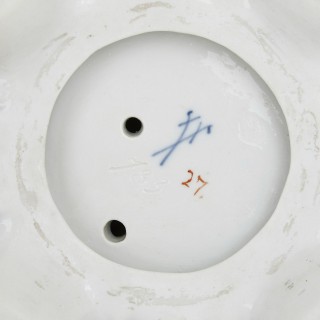 The German porcelain factory at Meissen was renowned throughout the 18th and 19th Centuries for the quality and intricacy of its porcelain, and this stunning clock set amply demonstrates the technical skill of its craftsmen. The set consists of a central clock and a pair of flanking candelabra, all of which are decorated with colourful figures and flowers in the German Rococo style.

The central clock features four putti, each of which represents a different season. Summer is represented by the surmounting putto, shown holding a chalice and wearing a wreath of leaves and flowers. To the left, the putto representing Winter is shown draped in a robe warming himself by the fire, while to the right Spring is shown in a floral dress with garlands of flowers. In the middle of Winter and Spring, Autumn is represented by the putto holding a sheaf of wheat. The white enamel dial is positioned to the centre of the clock, above Autumn, and features black Roman numerals in a circular formation.

The candelabra are similarly decorated, with colourful floral decorations on a white ground, each featuring two peasant-like figures at the base of the central stem which supports the five scrolling lights.

The underside of each piece is marked with the blue underglaze crossed swords mark for Meissen.