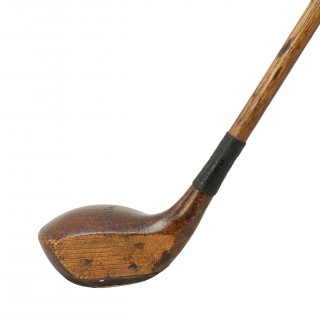 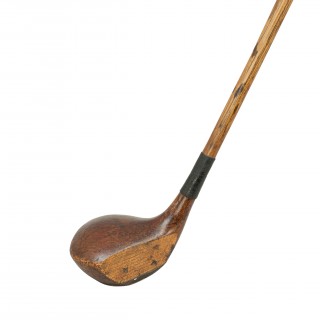 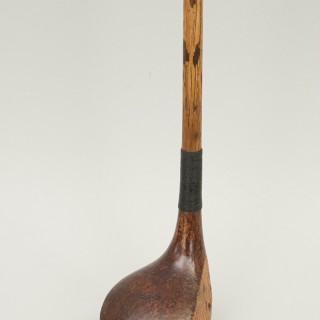 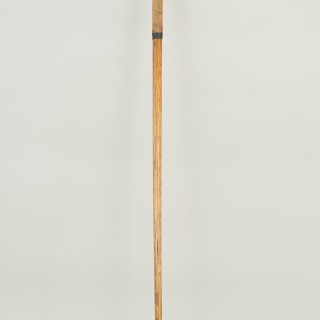 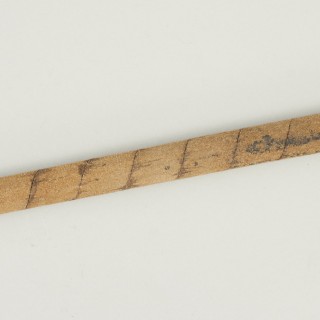 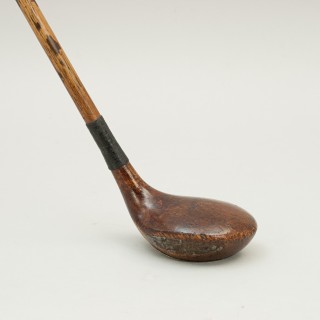 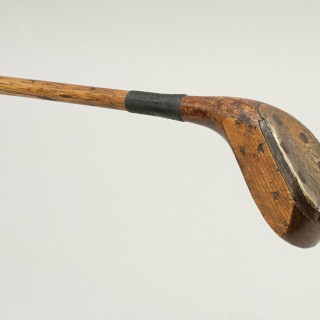 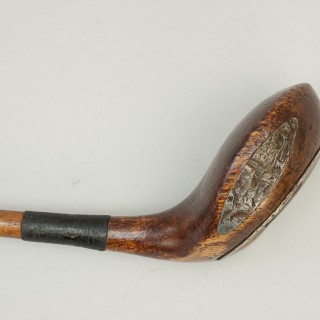 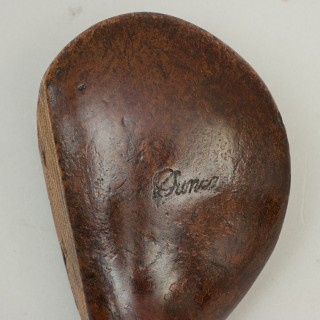 Golf Club, Hickory Gibson Brassie, George Duncan.
A good persimmon wood brassie by Gibson of Kinghorn, Fife. The club has a hickory shaft with a faint Gibson ‘Star’ stamped into it with a suede leather grip. The head is marked with ‘Geo Duncan’ autograph and has a lead weight to the rear and horn sole insert and a full brass sole plate. Gibson was one of the first to manufacture autographed branded golf clubs with the George Duncan Autograph model being amongst some of the other popular models such as James Braid, Hugh Logan and Jack White. Gibson made the George Duncan Autograph models from 1910 until around 1924.

George Duncan was a Scottish professional golfer and golf course architect born in Methlick, Aberdeen, 1883. His professional teaching and swing analysis skills lead to him being referred to as “the pros pro.” Duncan was the first British Open Champion after WWI winning at Deal in 1920, making one of the greatest comebacks in golf history by overcoming a deficit of 13 strokes in the final round. He was runner up in 1922 eventually losing to Walter Hagen by a margin of one stroke. He won the Belgium Open Champion 1912 and French Open Champion 1913, was a Scottish International player against England in 1906-07-09-10-13-32-34-35-36-37. He played in the Ryder Cup in 1927, 1929 and 1931 and was captain of the winning 1929 British team. He was the professional and clubmaker at Stonehaven GC in 1901, Rhos on Sea 1901 – 1903, Caernarfonshire 1903 – 1905, Timperley 1905 -07, Hanger Hill 1908 – 1924 and Wentworth 1924 – 28, Bobby Jones played with a brassie made by Duncan.
Some of today’s golfers could do with playing like Duncan, who with his fast style of play would analyse his shot as he approached his ball, would then take up his position and hit it immediately, he did not believe in taking a practice swing, he regarded it as totally unnecessary and barely legal – close to practising on the course.