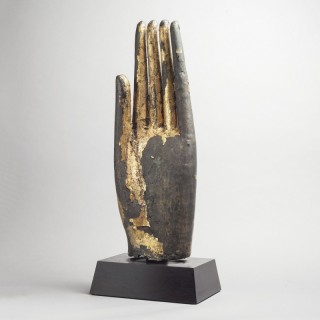 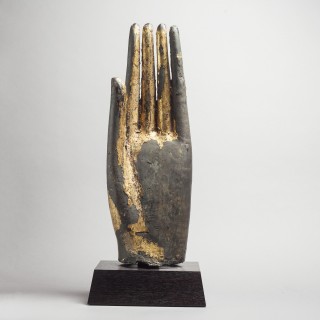 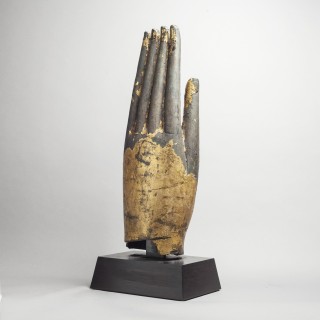 The radio carbon dating of 1415 to 1479 on the core of this very large and sensitively modelled hand places it in the Classic period of Thai Buddhist sculpture. The slender extended fingers of equal length held close together point to this being from a colossal walking statue of Buddha with both of his hands in Abhayamudra. This is a gesture is of reassurance and safety; in literal terms the “seal” of protection, the absence ‘a’ of fear ‘bhaya’. The mudra is one of the earliest depicted on Buddhist images and initially was probably a gesture of greeting which throughout India is usually held by the right hand with the left showing a different gesture; however in Thailand often a double abhayamudra is shown.