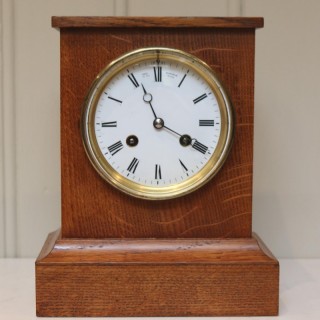 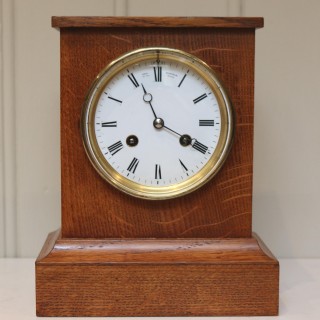 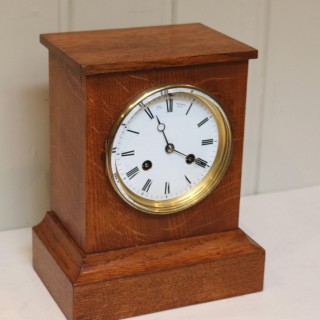 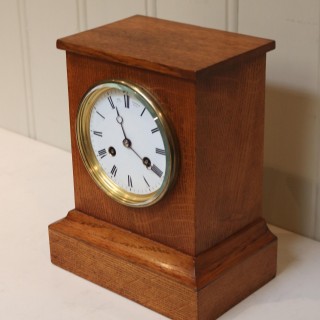 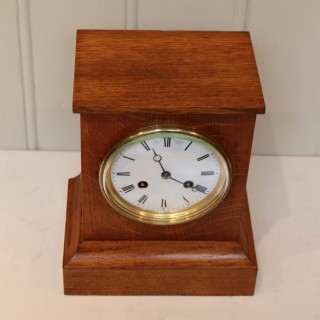 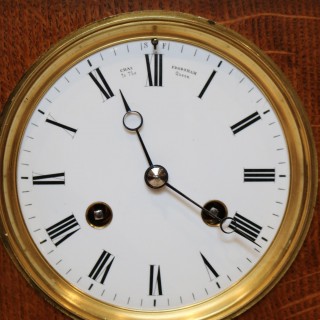 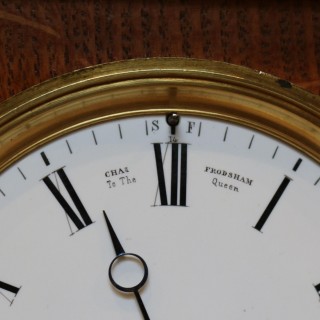 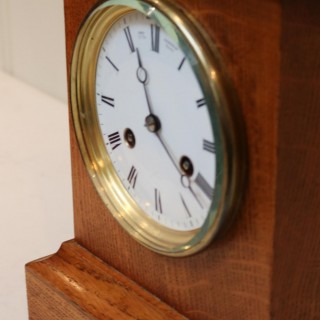 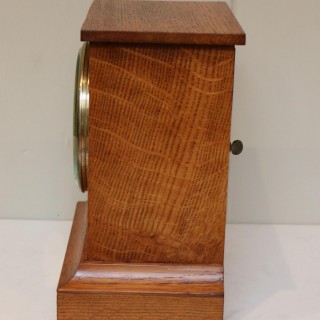 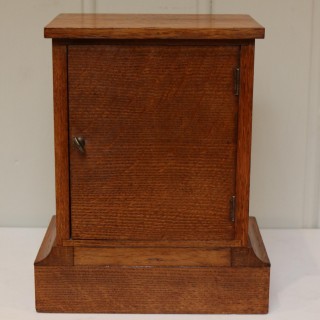 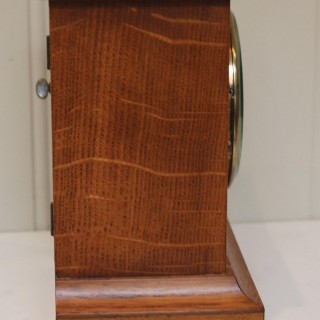 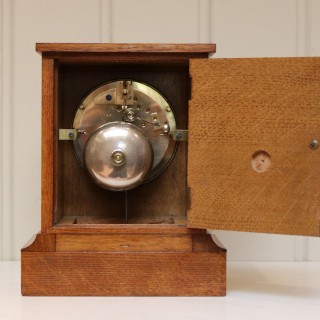 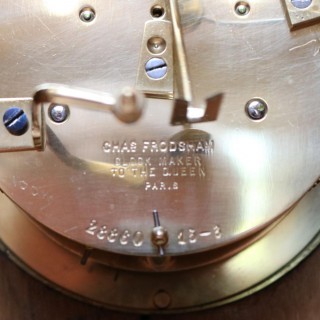 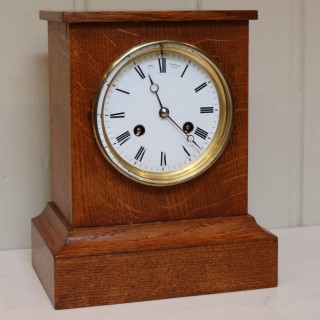 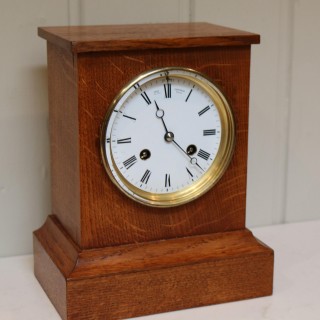 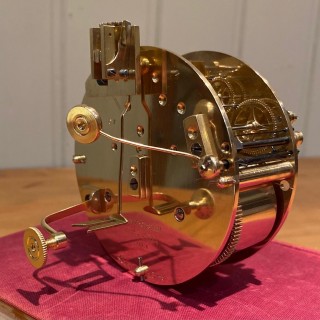 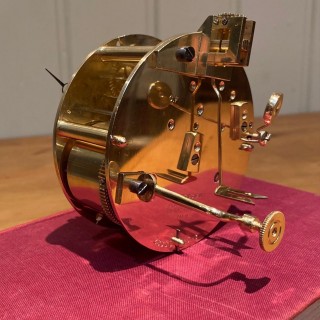 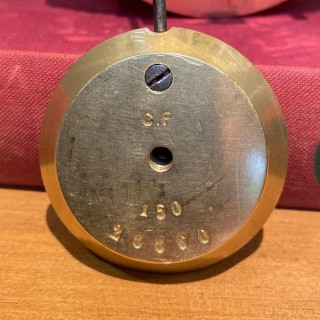 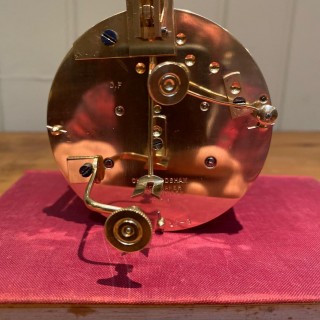 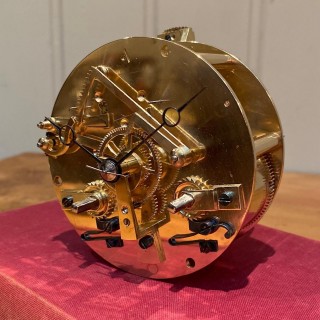 A very high quality mantel clock dating to the mid Victorian period. It has a solid oak rectangular case, a brass bezel with a thick bevel edge glass and a white enamel dial, which is signed by Charles Frodsham, Clockmaker to The Queen.

It has a fine 8 day French made movement that strikes the hours and halves on a bell and is signed on the backplate and numbered 28860. It has its original pendulum which is also numbered 28860. The inside of the case s also finished and polished. The clock comes with its period key and a set up and instruction video if required.

Charles Frodsham (15 April 1810 – 11 January 1871) was a distinguished English horologist, establishing the firm of Charles Frodsham & Co, which remains in existence as the longest continuously trading firm of chronometer manufacturers in the world.