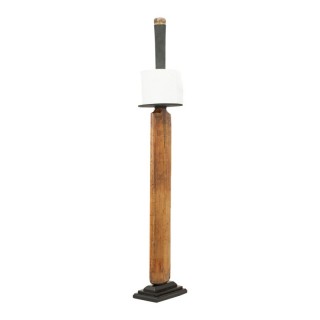 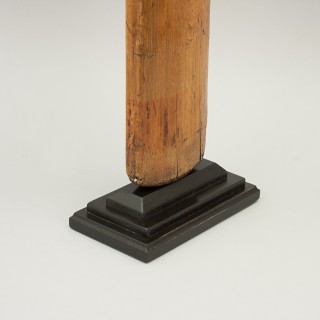 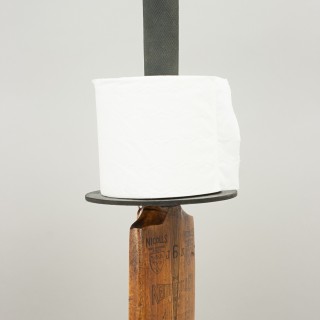 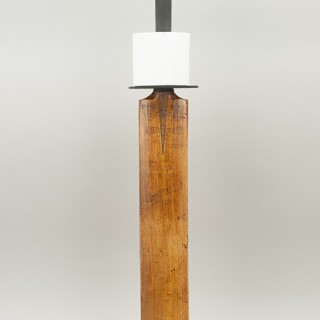 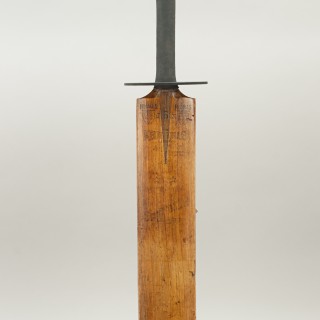 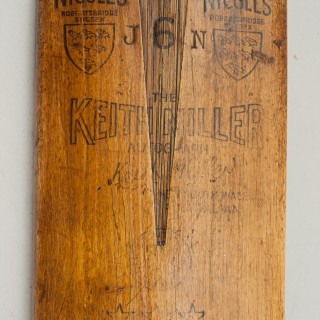 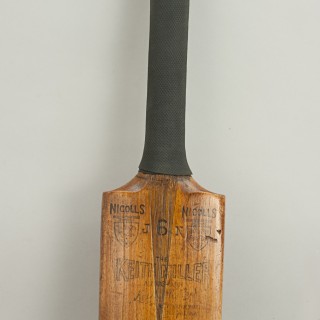 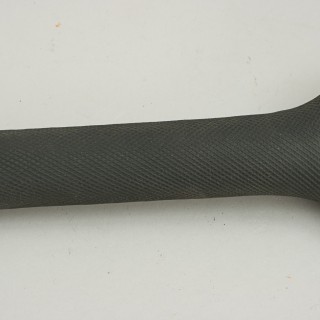 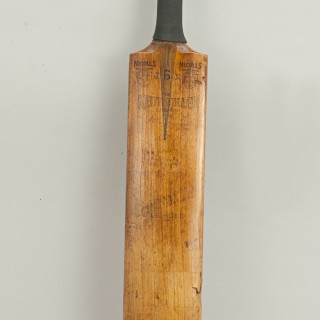 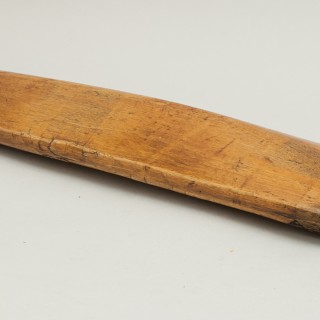 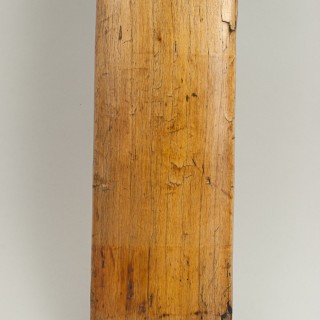 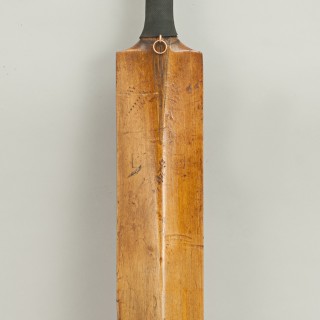 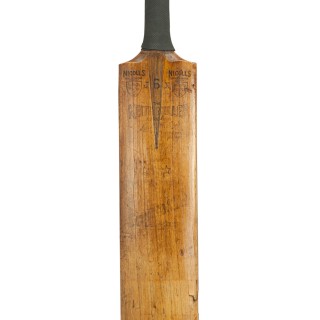 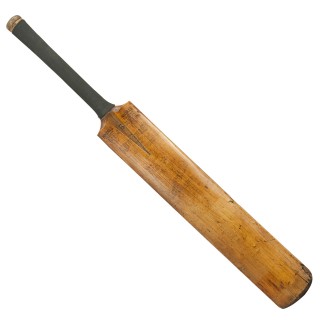 Keith Ross Miller, AM MBE (28 November 1919 – 11 October 2004) was an Australian test cricketer and a Royal Australian Air Force pilot during World War II. Miller is widely regarded as Australia’s greatest ever all-rounder. Because of his ability, irreverent manner and good looks he was a crowd favourite. English journalist Ian Wooldridge called Miller “the golden boy” of cricket, leading to his being nicknamed “Nugget”. He “was more than a cricketer … he embodied the idea that there was more to life than cricket”.[4]
A member of the record-breaking Invincibles, at the time of his retirement from Test cricket in 1956, Miller had the best statistics of any all-rounder in cricket history. He often batted high in the order, sometimes as high as number three. He was a powerful striker of the ball, and one straight six that he hit at the Sydney Cricket Ground was still rising when it hit the upper deck of the grandstand. Miller was famous for varying his bowling to bemuse batsmen: he made sparing use of slower deliveries and would often adjust his run-up, surprisingly bowling his fastest deliveries from a short run. He was also a fine fielder and an especially acrobatic catcher in the slips.
Away from cricket, Miller was also a successful Australian rules footballer. He played for St Kilda and was selected to represent the Victorian state team. He played 50 games for St Kilda, for whom he kicked eight goals in one game against North Melbourne, during 1941.
Miller’s personality – love of the contest, rather than victory, and his larger-than-life rebelliousness and carousing – helped both shape and limit his cricketing career, as he espoused the opposite of the more puritanical values of Donald Bradman, his captain and later national selector. Neville Cardus referred to Miller as “the Australian in excelsis”; Daily Mail sportswriter Ian Wooldridge’s response was “By God he was right”. This status was reflected when Miller was made one of the ten inaugural members of the Australian Cricket Hall of Fame.

In good condition, with great colour and patina. The face of the blade with cracks, consistent with age and use.