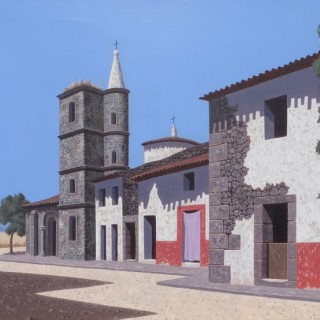 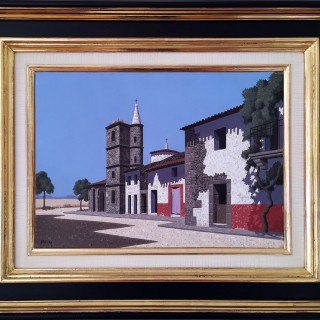 Tristam Hillier was born in Beijing in 1905. He was educated in England at Downside School where his talent for drawing was given great encouragement. He went on to study at the Slade School of Art under Henry Tonks, and later in Paris under André Lhote, and at the Atelier Colarossi. He maintained a rigorous approach to drawing throughout his artistic career.

In France in the 1920s Tristam Hillier became friendly with prominent Parisian artists such as Georges Braque, Max Ernst and André Masson. He became immersed in the ideas of the ever-growing Surrealist Movement in France, and after his return in the late 1920s to England, he became a member of Paul Nash’s Unit One Group in 1933, where he was brought into close contact with the English Surrealist Movement.

Travel was not limited to France – Tristram Hillier spent lengthy periods in countries such as Spain, Portugal and the Balkans, often living alone in these countries for several months; he would then develop his scenes of deserted villages under a raking southern sun on his return to Somerset in the winter months.

Tristram Hillier’s classical, timeless images, full of steely light and ominous shadows, illustrate a unique vision in the history of modern art. He died in 1983 in Somerset.