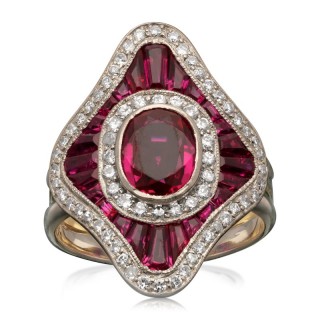 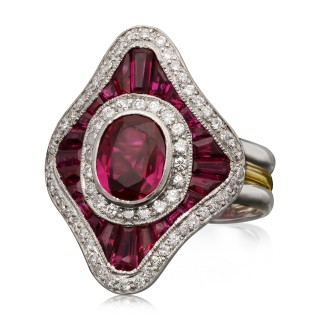 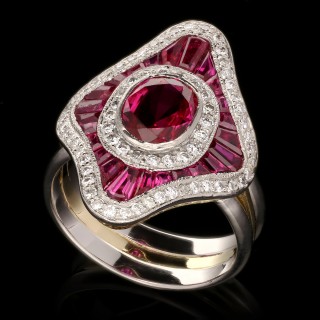 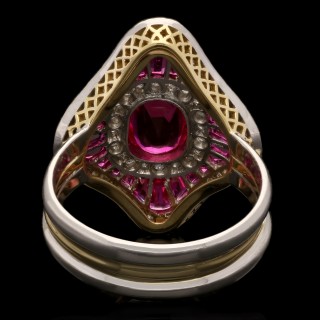 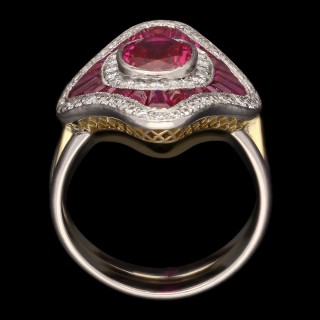 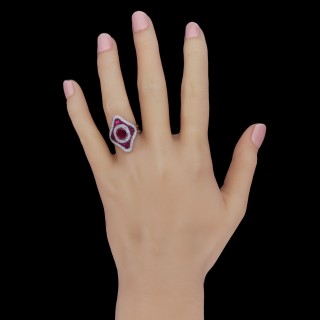 A beautiful ruby and diamond panel ring in the Art Deco style by Hancocks 1980, centred on a wonderful 1.25ct Burmese unheated cushion shaped ruby rub over set in platinum circled by a channel set frame of round diamonds with millegrian edging, within a navette shaped surround of calibre cut rubies all enclosed within a final outer row of round diamonds. The navette shaped panel has gently concave sides and is hand made in platinum and 18ct gold, the straight triple row band has a gold row in the centre between platinum outer bands. This is a lovely ring reminiscent of a bygone era with an elegant shape, richly coloured gems and bright sparkling diamonds.