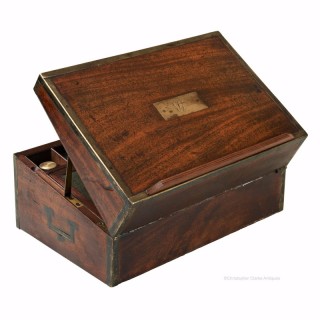 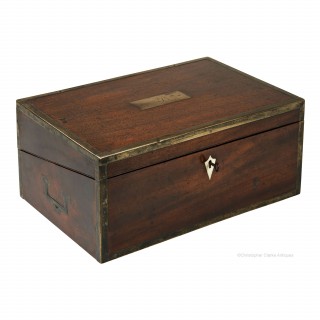 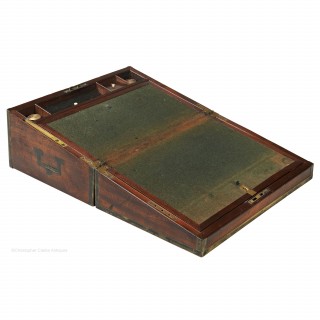 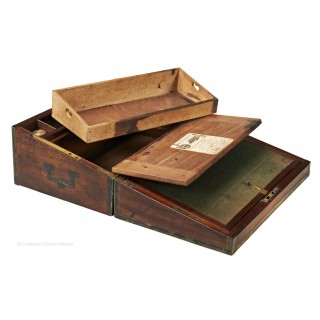 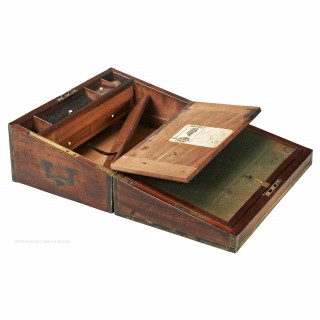 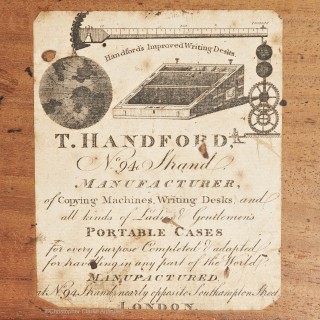 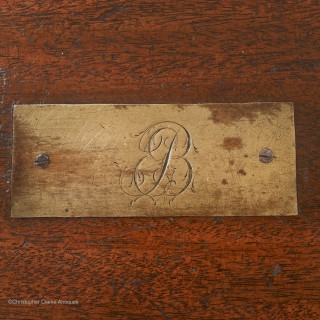 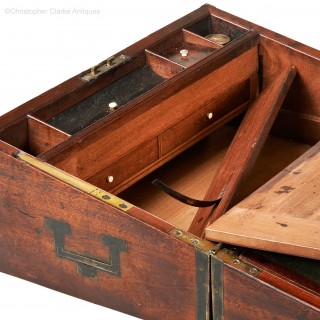 A Napoleonic era mahogany antique Portable Desk by Thomas Handford. The slope is brass edged, fitted with filed down steel screws, and has a baized writing surface. Instead of a typical drawer to the base section, this slope has a removable tray made of beech with a mahogany base, which sits on top of a plain well where the drawer would be. With the tray removed, depressing a button to the side of one of the inkwell dividers will release the sprung facia board to reveal 2 secret, dovetailed drawers. The well under the lower baized section is also plain but holds the slope’s removable lectern bar. This can be fitted to the outside of the box, which can be raised to 3 different angles on a folding support arm. The top of the box has a rectangular plate engraved with a B. The maker’s label to the underside of the top writing surface gives Handford’s address as 94 Strand. He had various addresses on the street throughout his career starting at 98 in 1801. He was located at 94 between 1805 and January 1815 when he moved to number 7. He is recognised as one of the better makers and is also known for his patented Light Waterproof Leather Travelling Trunks. Circa 1810.