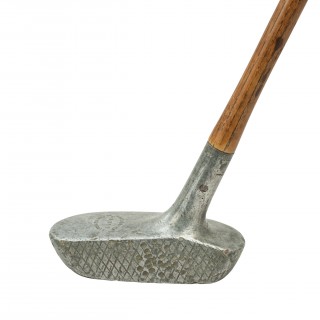 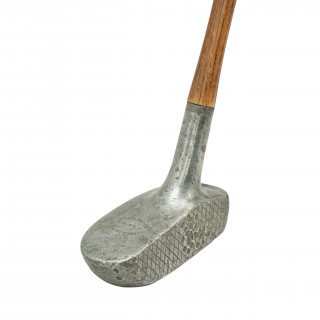 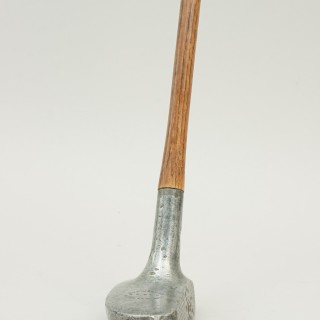 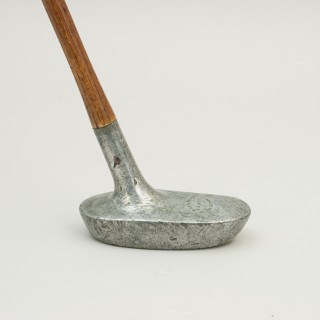 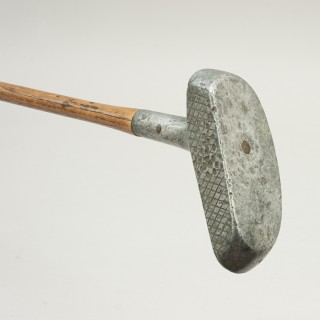 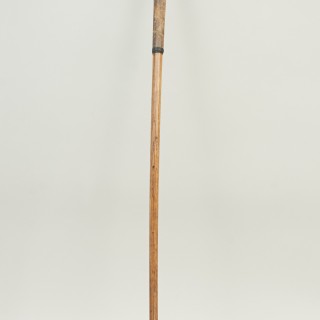 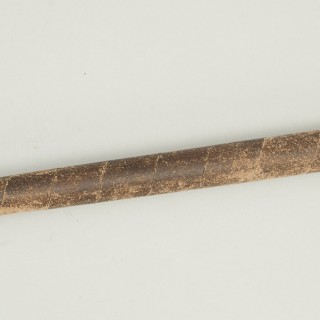 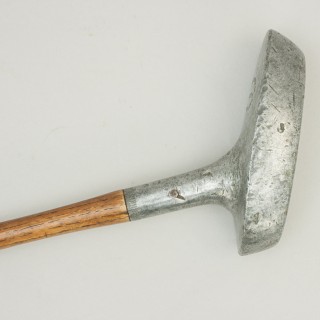 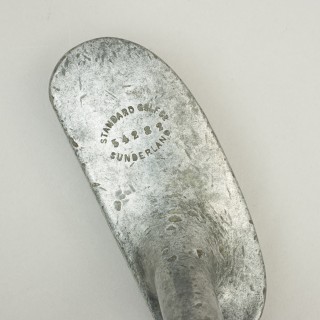 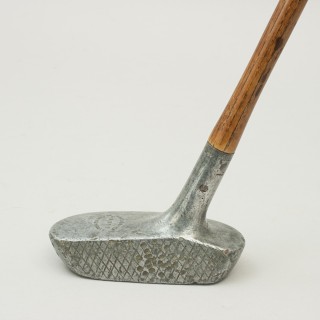 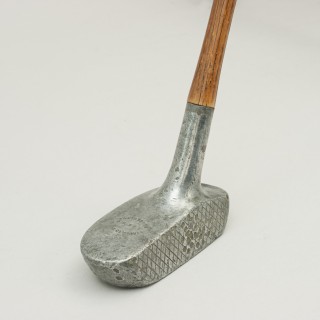 Aluminium Mills Center Shafted Putter.
A good example of an aluminium Schenectady type putter by the Standard Golf Co. The top of the head is stamped ‘STANDARD GOLF Co., 34282. The number on the club head is not a patent No. but a production serial No. The club is in good original condition, with hickory shaft and suede leather grip.

The original Schenectady putter was patented by Arthur Knight in 1903 of Schenectady, New York. The putter has become one of the most historic of all clubs after Walter Travis defeated Edward Blackwell to become not only the first American to win the British Amateur, but also the first person outside the UK.

William Mills of Sunderland, England, was the most prolific designer and manufacturer of early aluminium head golf clubs and his company produced more aluminium putters than any other club maker during the wooden shafted era. He created The Standard Golf Company (William Mills, Limited), a division of The Atlas Works, to produce his clubs, commonly referred to as ‘Mills’ clubs. While his metalwoods were eventually accepted by many golfers, it was his putters that were the most popular. Mills began experimenting with the construction of aluminium clubheads as early as 1892. They produced two basic types of aluminium putters, the long nose style and the mallet head. The putters all came in different weights and lies and although the long nose style putters were the first models made it was ultimately the mallet head putters that became the most popular. Mills continued to offer mallet putters well into the 1920s, long after the long nose style putters went out of production.