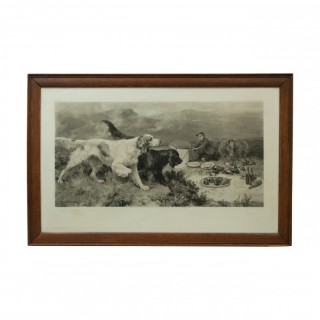 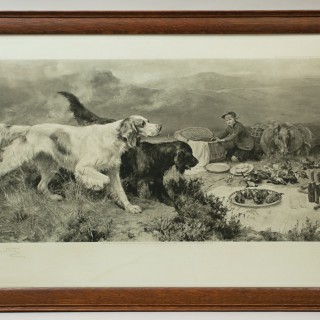 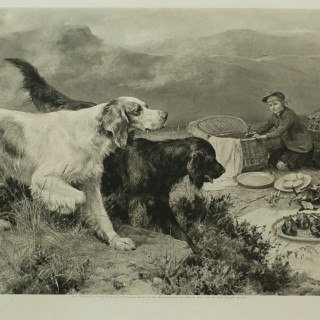 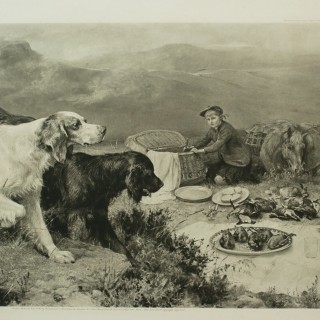 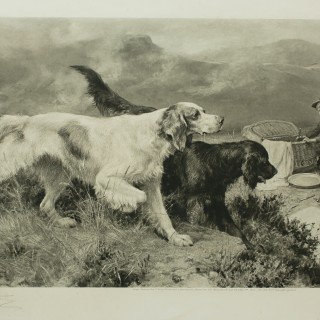 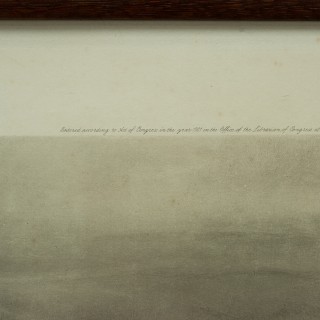 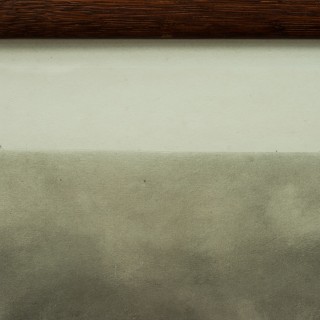 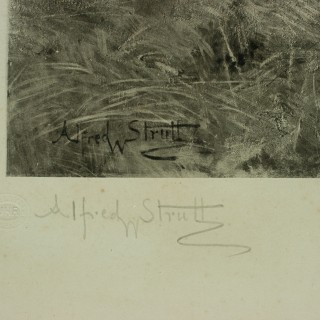 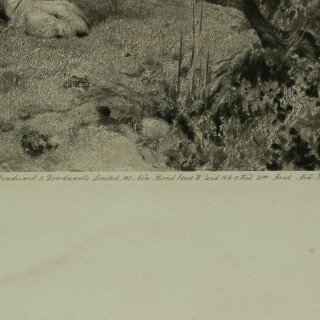 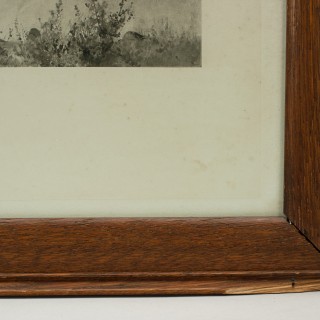 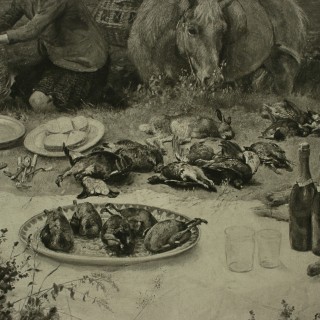 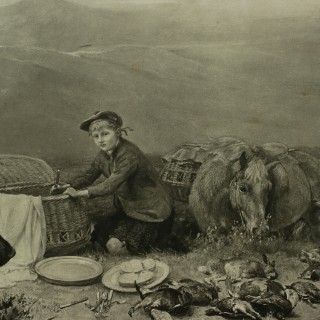 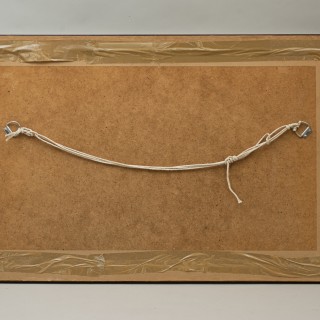 Alfred Strutt Game Picture, Gamekeeper’s Highland Repast.
Signed artist’s proof, Highland photogravure after Alfred Strutt with ‘Print Sellers Association’ blind stamp. The publishing details ‘Printed in Munich’, ‘Entered according to Act of Congress in the year 1901 in the office of the librarian of Congress at Washington’, ‘London, Published June 1st 1901 by Dondesnell & Dondesnells Limited, 160 new Bond Street W. and 16 & 18 West 30th street New York, U.S.A. copyright registered’. The picture is framed in an old oak frame and shows a young Gamekeeper in the Highlands with his two companions (two setters) and his pony. He can be seen laying out a meal (sandwiches and game bird) on a blanket with two glasses and three bottles of bubbly.

Alfred William Strutt came from a long line of painters. His father, William Strutt (1825-1915), was a prolific artist of genre, animals and portraits, who moved to Australia in 1850, and produced an important record of early colonial days. Alfred was born in New Zealand, before his family returned to England in 1856, where he was educated at the South Kensington School of Art. He exhibited at the Royal Academy from 1879.