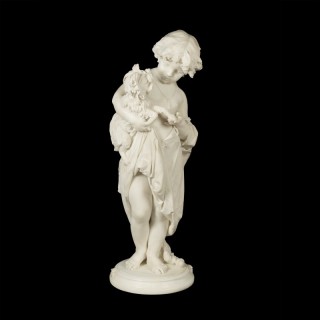 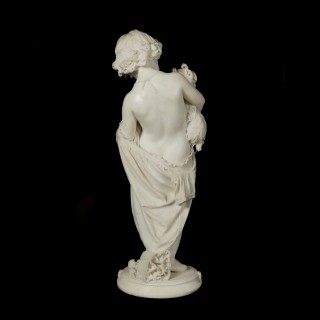 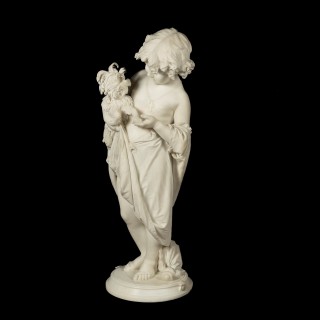 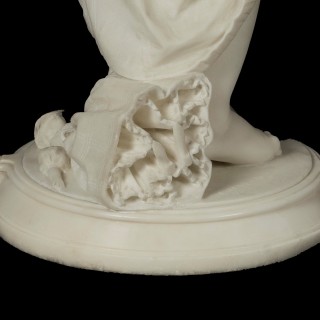 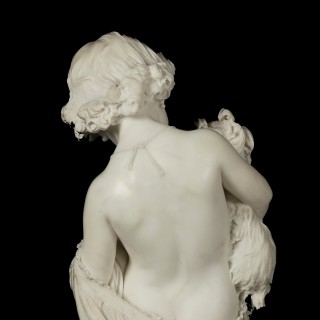 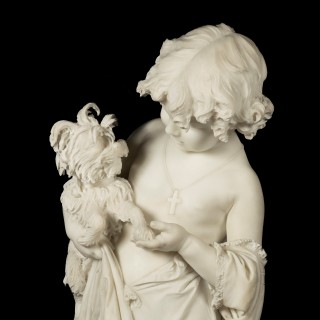 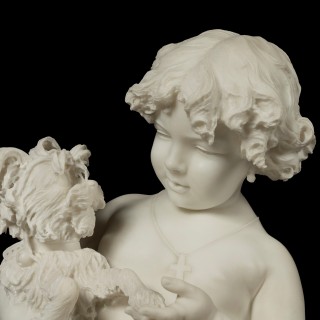 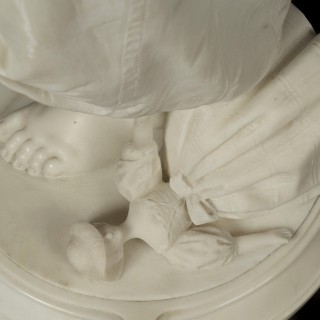 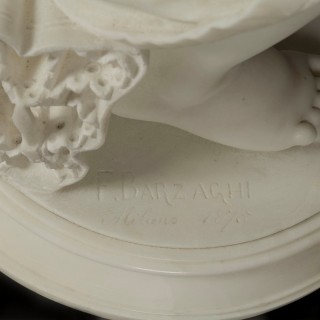 Carved from pure white statuary marble, depicting a young boy holding a terrier, getting acquainted with his new best friend and leaving a toy doll behind at his feet. Signed and dated by the artist.
Italian, dated 1875

Barzaghi was a successful sculptor working during the second half of the century, celebrated as a meticulous modeler, with realistic carving of drapery, jewellery, and other finite details. His work is characterised by a temperate realism and a picturesque style.

Initially trained in the best academies of Milan, Barzaghi initially worked at the Duomo in Milan. Following his success at the 1856 Milan exhibition, he became a frequent exhibitor at the international exhibitions, including Paris 1867, Paris 1878, and Philadelphia 1876, where his work was described as “pure and elevating.” He counted the King of Italy among his clientele, who purchased his work at the 1879 Milan exhibition.