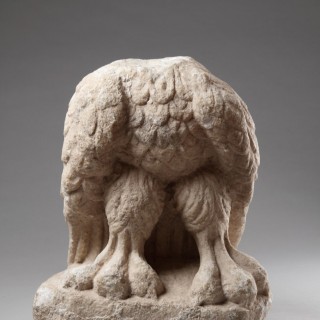 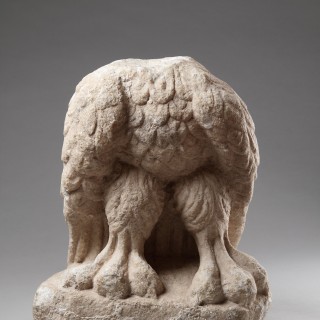 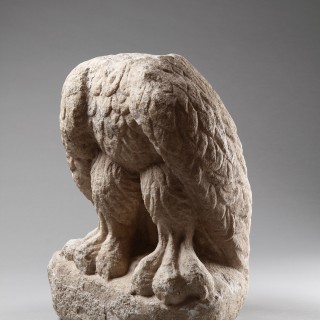 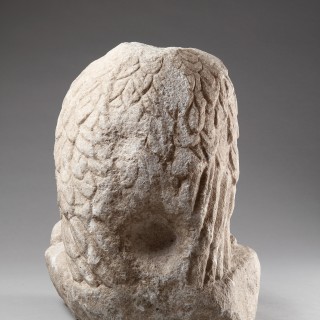 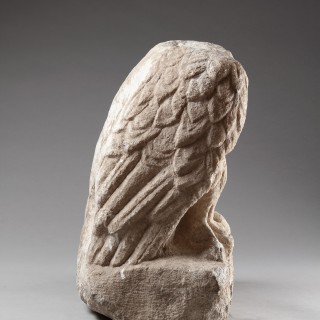 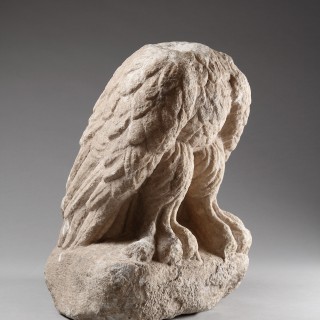 The eagle was of great significance to the Roman army and the symbol of an eagle was introduced by Marius as the standard of a Roman Legion. Carried on a pole by the aquilifer or eagle bearer a silver, or under the Empire, a golden eagle its wings spread out and with a thunderbolt between its talons led the force. In battle it was borne on the right wing of the legion and from the time of Augustus it bore the name and number of the legion, and a flag and other ornaments such as medallions with portraits of emperors and generals were fixed beneath it. Under the republic, during periods of peace, it was preserved in a small chapel beside the praetorium where it was held in religious veneration by the soldiers and regarded by them as affording sanctuary.
The God Jupiter’s primary sacred animal is the eagle which held precedence over all birds in the taking of auspices. The eagle was the God’s personal messenger and carried the youth Ganymede to Mount Olympus where he served as Jupiter’s cup bearer. As a symbol of Jupiter’s authority, a live captive eagle would be set free during the consecration of an Emperor. By flying high into the air, the eagle was believed to carry the soul of the deified Emperor to heaven. Thus securing him a place amongst the Gods.