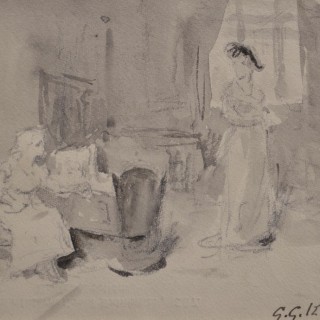 Signed with initials; inscribed and dated May ’97 beneath the mount
Grisaille watercolour over traces of pencil
Unframed, in conservation mount.