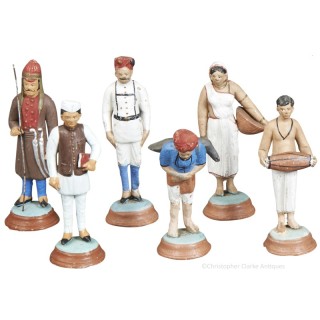 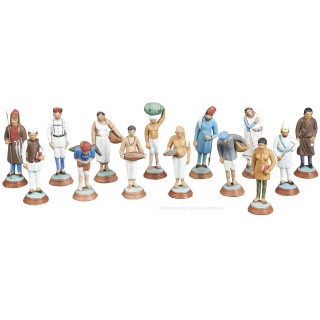 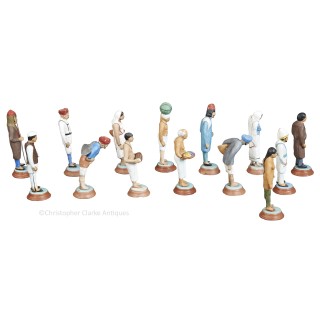 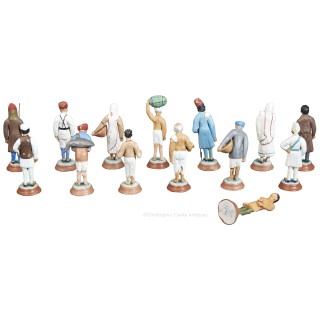 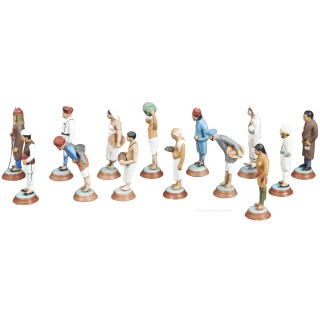 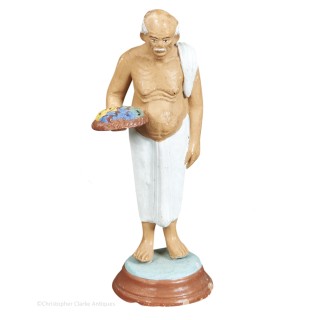 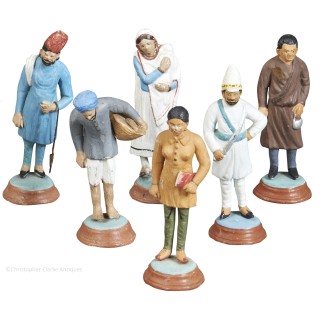 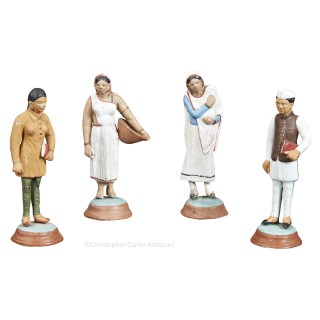 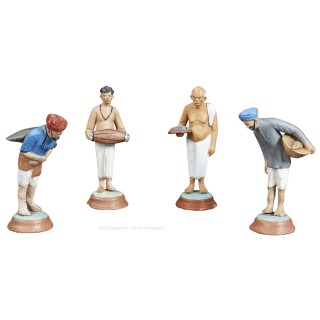 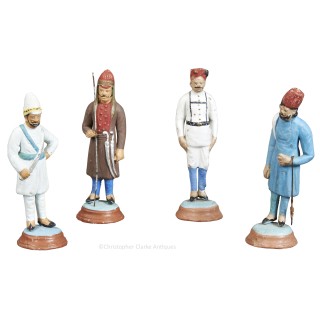 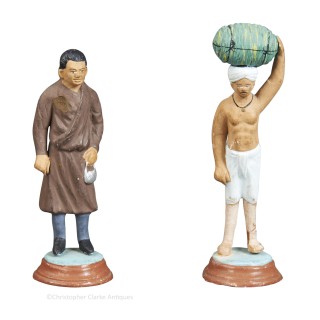 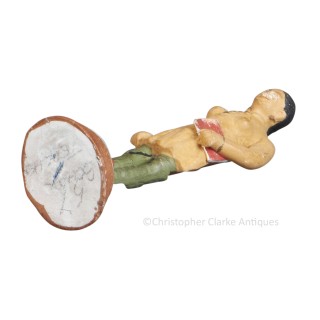 A group of 14 painted figures from the Lucknow area of India.

The figures are made of clay on a metal wire armature. They were produced for similar reasons to the East India Company School paintings, to show the different trades and occupations that were unknown to many in the West. The main three areas they were made were Lucknow, Krishnanagar and Poona, with each having its own style.

Amongst the figures there are Clerks, Guards, an Ayah, Water Carrier and various other trades and servants. Similar Indian figures were shown at the Great Exhibition in London of 1851 and subsequently at other International Exhibitions that took place throughout the Western world. This increased their popularity and so demand. The National Gallery of Victoria in Australia have a collection of 82 similar figures purchased in 1867.

Naturally, such figures are easily damaged but the condition of these is pretty good. There is some loss of paint and the odd piece of restoration to a leg, missing toe or chip here and there. The figures display well and it is a good sized collection. Circa 1900.

The size of the tallest figure, carrying the green bundle, is given.