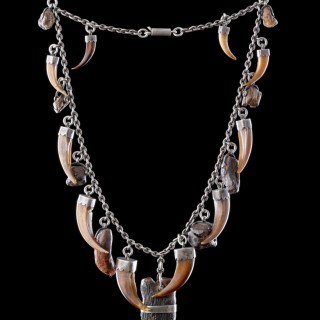 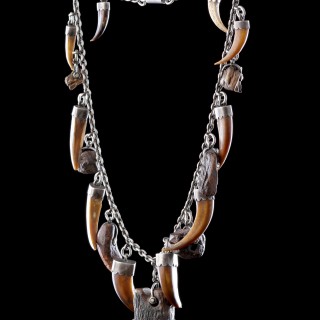 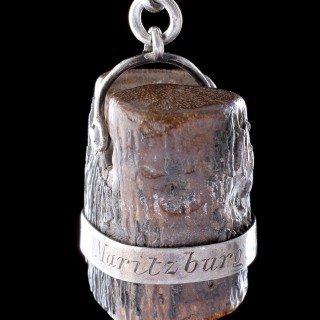 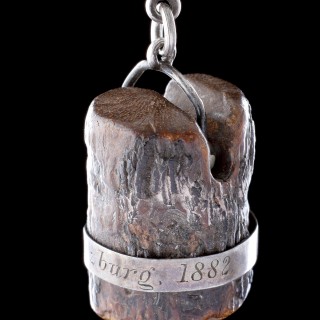 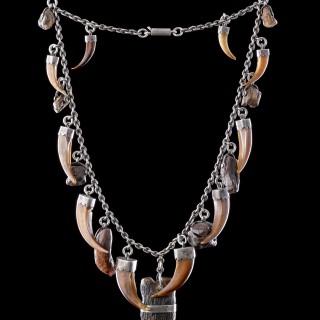 Amulets, from the latin ‘amuletum’ in turn taken from the Arabic noun ‘hamalet’ are believed by their wearers to lend power and provide protection. Special magical powers were ascribed to particular materials, with bezoar for example, able to detect poison.
Charivari are traditional with hunting dress in Saxony and Bavaria worn for the promise of a successful hunt. They became status symbols and treasured heirlooms believed to protect the owner from ill-fortune, danger and death. Passed down, the charivari went on ‘working’ for successive generations of a family.