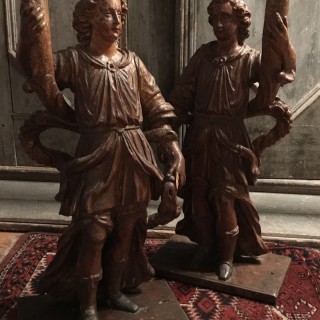 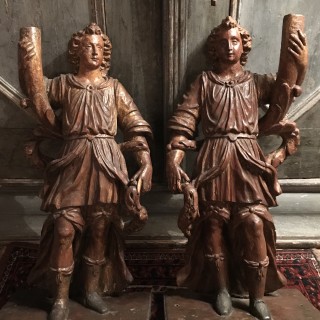 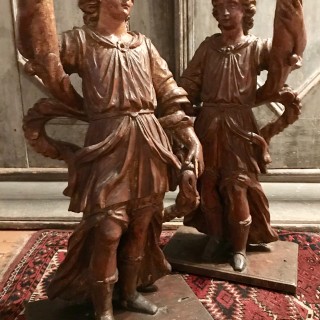 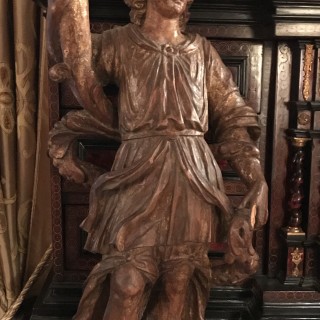 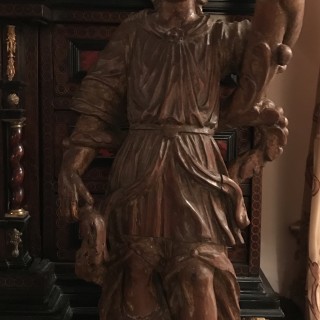 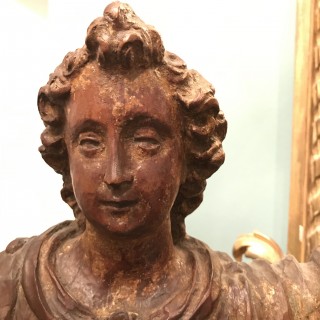 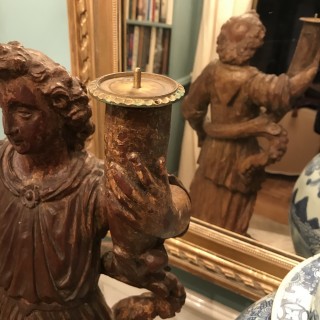 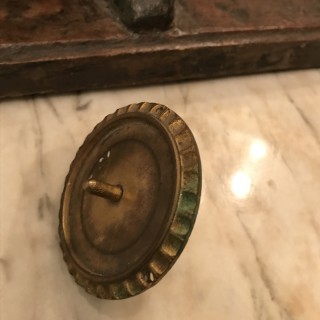 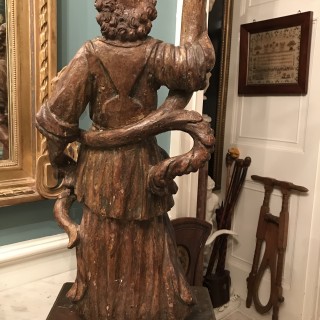 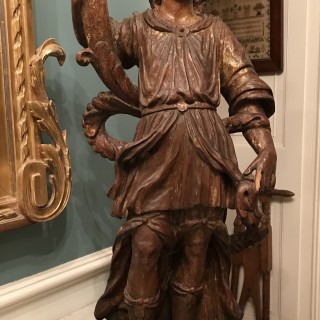 We believe these Late C17th carved walnut figures to be depictions of the deity Lar. Originally two in number, mythologically the sons of Mercurius and Lara, they were the presiding deities of the cross-roads. Possibly the twin brothers so frequent in early religions, the Romulus and Remus of the Roman legends. Their sphere of influence included not only the cross-roads, but the whole neighbouring district of the town and country in which they were situated. They also were found in households . The statues of domestic Lares were placed during family meals and their presence and blessing seem to have been required at all important family events.
These figures hold cornucopia to bring plenty to the family and the encircling snakes maintain the care of the family’s prosperity and fertility.
These Figures are still fully functional as candle holders to the top of each cornucopia. Later gilt metal C18th sconces / drip pans have been found to protect the tops of the cornucopias.