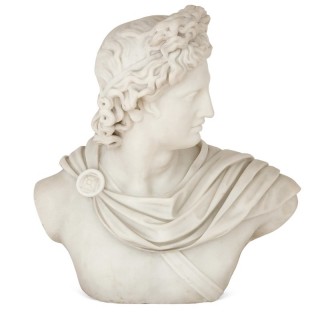 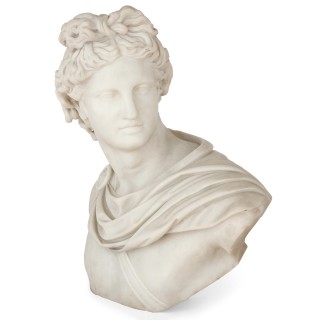 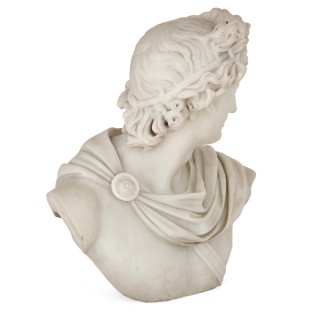 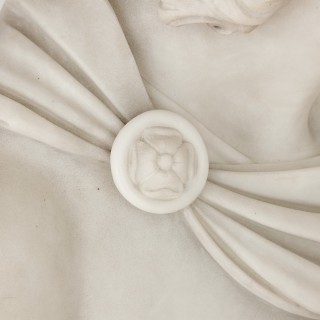 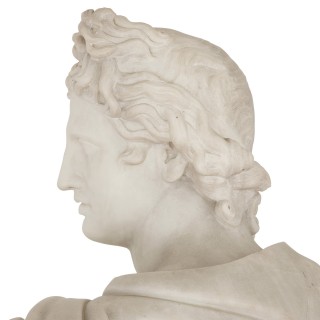 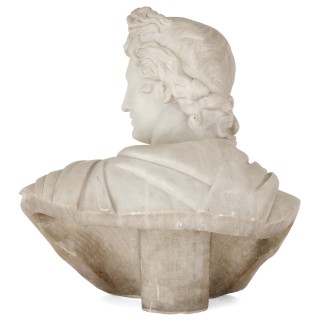 This large and fine carved marble bust depicting Apollo is after the ancient Roman original masterpiece displayed in the Vatican since 1511. It was very popular for 18th and 19th Century sculptors to produce copies of well known earlier models to satisfy the high demand and interest in these items at the time. This magnificent piece thus is one of interest to collectors of 19th Century decorative art as well as those interested in Classical sculpture.