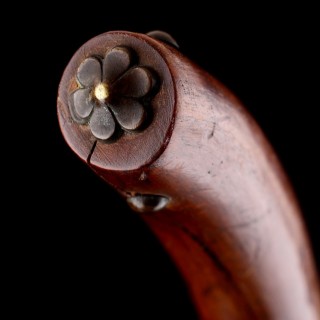 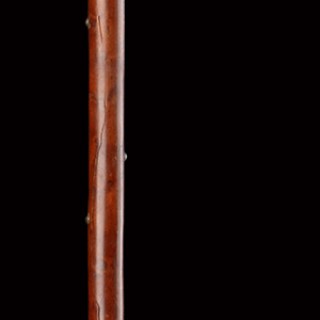 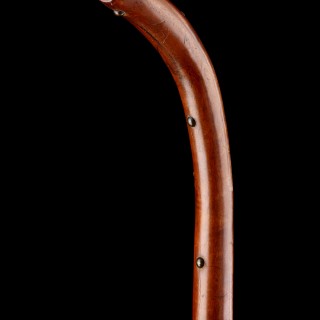 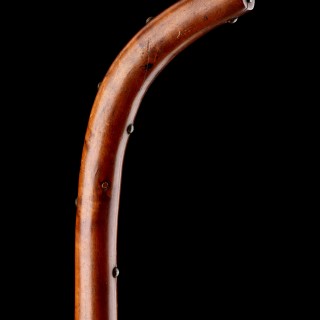 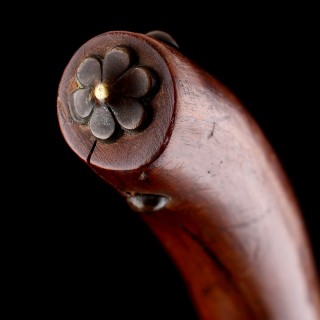 Jurōjin is the Japanese god of longevity who originated in the Chinese Taoist immortal ‘The Old Man of the South Pole’ and is identified as the personification of the Southern Polar Star. He is a popular subject of Japanese ink-wash paintings in which he is always depicted as carrying a wooden staff from which sometimes hangs a scroll. On the scroll is written the lifespan of all living things, and it is often identified as a Buddhist Sutra or religious text.