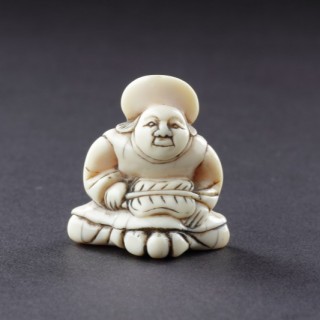 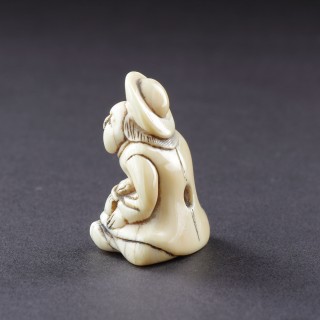 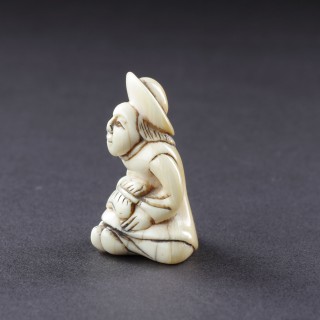 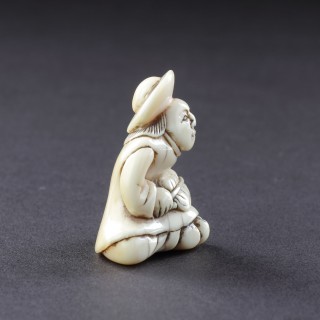 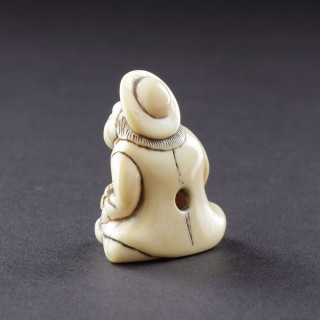 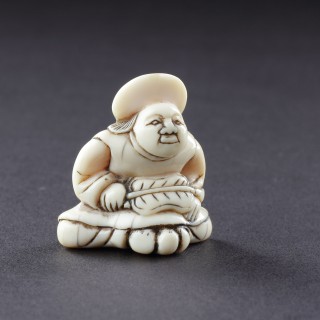 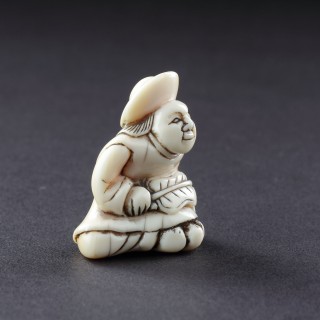 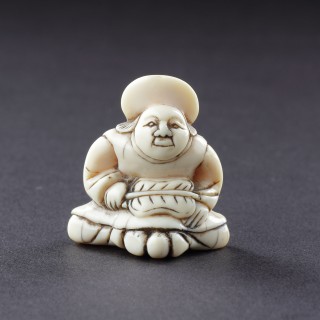 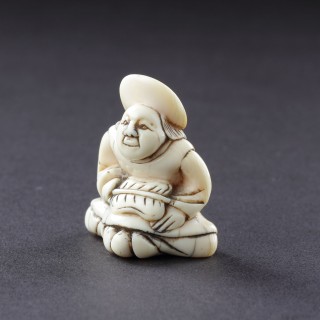 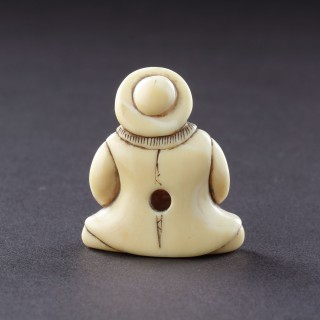 The Dutch and Portuguese were called by the Japanese ‘Nambanjin’ a term meaning ‘Southern Barbarian’, and during the 17th and 18th centuries the merchants were only permitted to trade at Nagasaki with contact with the rest of Japan forbidden. Consequently many netsuke carvers had never set eyes on a live ‘nambanjin’, and so likenesses were taken from the Nagasaki wood block prints and paintings depicting the Dutch and other foreigners.