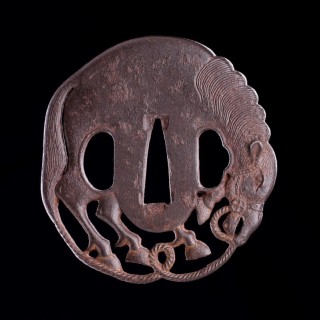 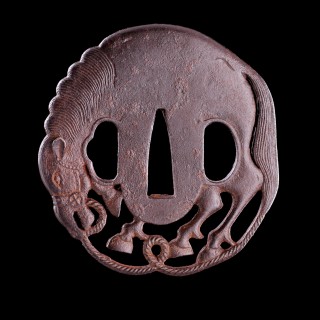 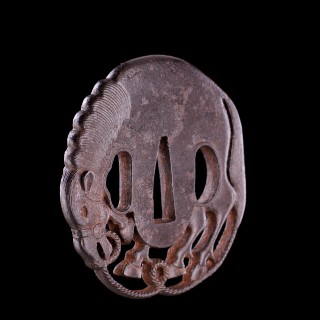 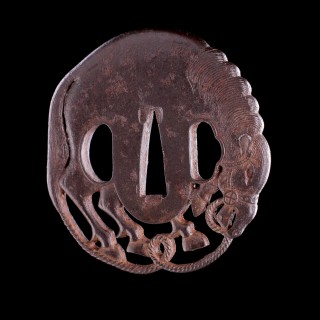 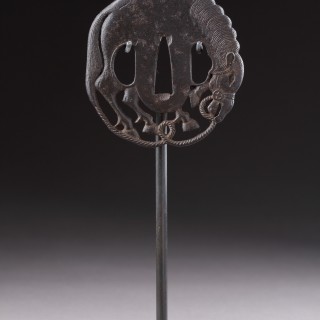 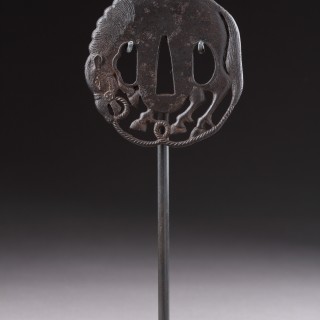 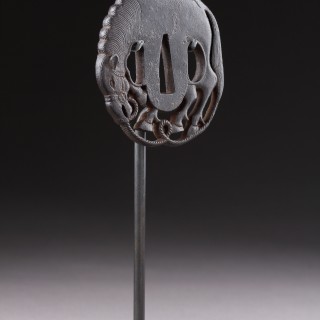 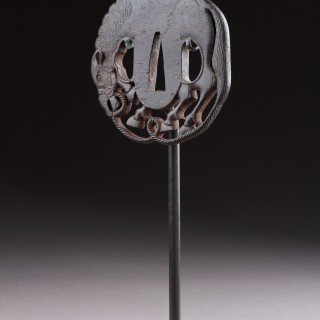 The principal fitting of a Samurai’s sword was the tsuba or guard roughly circular and pierced with a wedge-shaped hole to admit the sword blade, and sometimes, as in this example, with two smaller holes to admit the ends of the ‘kozuka’ and ‘kōgai’ a small dagger and a skewer-like implement which were carried in the scabbard of the main sword. Over a thousand years have passed since the birth of the Japanese sword and it has become a cultural symbol of Japan, known throughout the world. Although fundamentally weapons, the high level of skill involved in producing such an effective and beautiful object made them into sacred symbols of authority for the Japanese warrior class.
Horses were highly valued, especially by the Samurai, who regarded horsemanship as one of the most important essential accomplishments. As the vehicles of the gods, horses were dedicated as offerings to Shinto shrines when people prayed for special favours. Wooden statues or tablets embellished with designs of horses were offered to the Shinto deities as substitutes for an actual horse. The Buddhist deity, Kannon was depicted with the head of a horse and was worshipped as the goddess of mercy and animals, particularly domesticated pets.