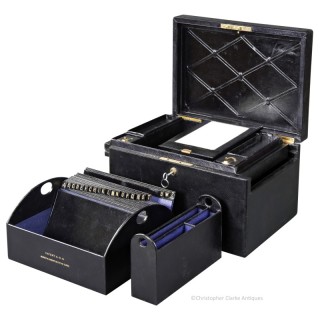 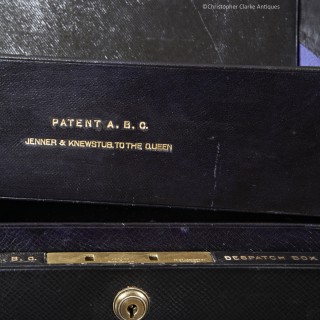 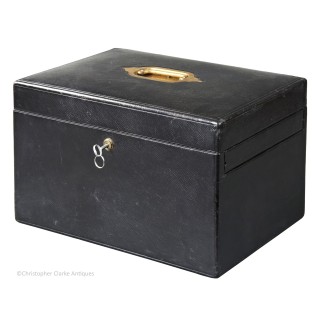 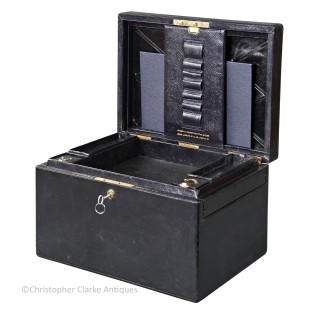 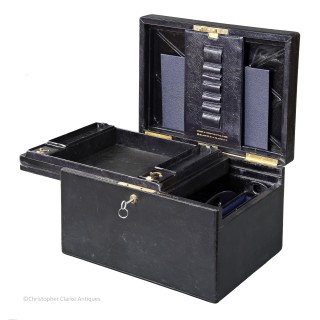 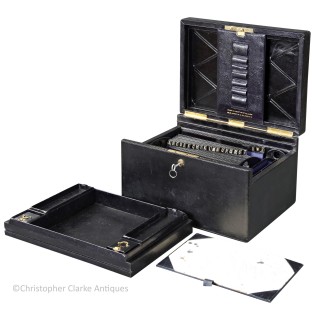 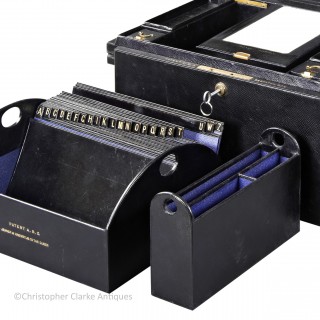 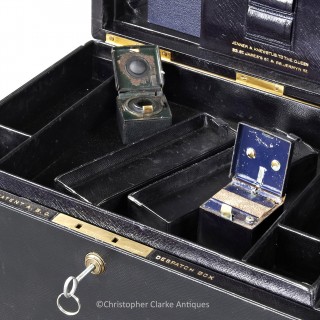 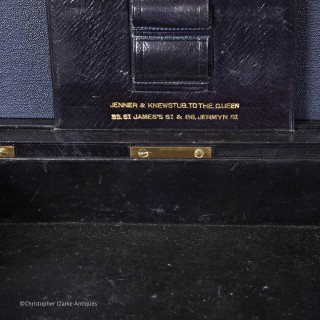 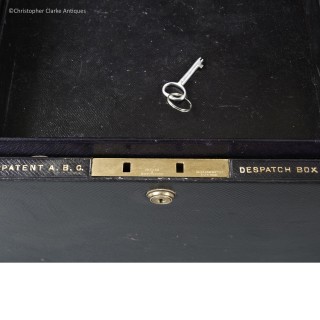 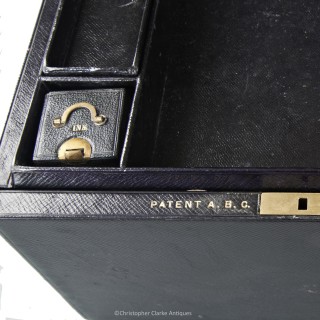 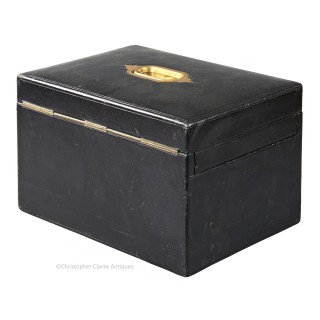 A black leather on softwood Patent ABC Despatch Box made by Jenner & Knewstub.

This box is comprehensive in its filing and desk storage system and the company declared in their adverts that a ‘man who has the A.B.C. Despatch Box has no excuse for keeping his papers in disorder’. To the inside of the lid there is a central leather board with sleeves to take pens and tools. This is released by a catch and behind it is held a removable leather blotter pad. The lid has crossed leather straps to hold papers. The main body of the box has a tray to the top which slides in either direction on a tongue and groove joint. It has a removable pen tray to either side with compartments below and a divider to the front with a replaced inkwell to one side and a light box to the other. The light box has a hinged lid to the interior with a striker and a socket to one side to hold a lit match. The matches are contained below the interior lid.

The tray can be removed or left partly in place to access the two removable trays below. The larger tray has 23 alphabetical filing dividers, held but moveable on a brass rod to each side. To the side is a smaller tray with dividers to take stationery. Both trays have handles to easily lift them out.

This box is very well made, as you would expect of the company, and is in excellent condition. The lid has two long hinges with a shorter central hinge, all linked by a brass rod that runs through them. The flush handle to the top has a low pin to each side just to raise it slightly and so make it easier to lift. A small detail but one that elevates the quality of the box.

Jenner & Knewstub made a few different versions of this box with the first likely to be in 1868. An oak version simply containing alphabetical card dividers is known but others were more involved. Once its popularity was established, which was quite quick as it won three awards by 1869, it was probable that you could buy different versions with the price starting at 10 shillings and 6d. The company dealt in the top end of the market, as their addresses and numerous royal patronages suggest. This version was likely one of the more expensive they produced. Circa 1880.