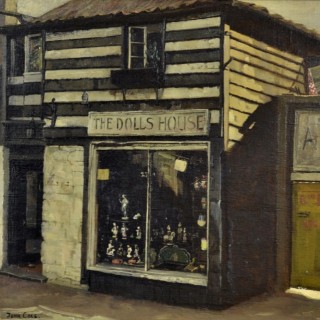 The quirky wooden shop of 27b Kensington Church Street stands in a small cul-de-sac off the main street and is still in use today. The builders George Jones & Son (whose name is discernable on the door to the right of the painting) operated from the yard next door well into the early part of the 21st century.