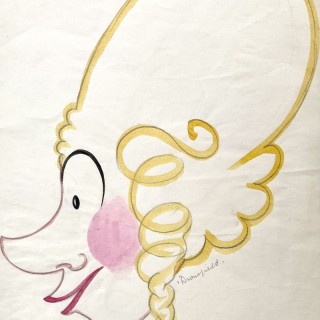 John Dronsfield - Design for a Mask

Design for a Mask

Signed l.r.: Dronsfield, inscribed beneath the mount l.r. Design for Mask; bears the artist’s London studio stamp on the reverse
Watercolour and pencil
Unframed, in mount only

John Dronsfield - Design for a Mask