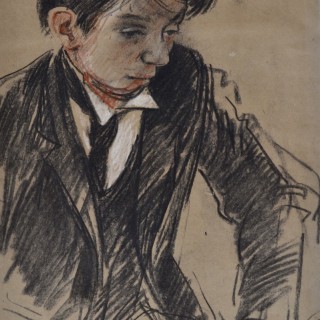 Boy in a Collar and Tie

Signed and inscribed on the reverse and beneath the mount
Chalks on buff paper, unframed