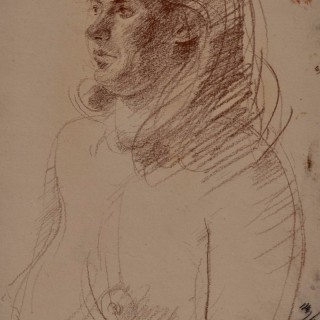 Model with Hair Down