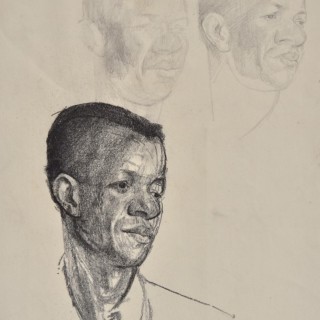 Three Drawings of a Head

Signed, inscribed with title and LANDSEER on the reverse
Pencil and black chalk, unframed

The current drawing was the artist’s entry for the Royal College of Art’s Landseer Prize for life drawing and would have been executed during the Sergeant’s second year at the college.