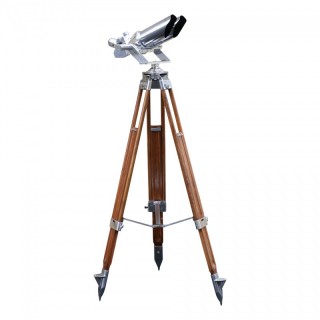 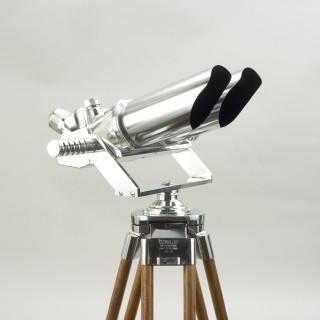 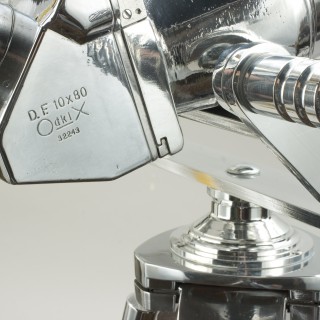 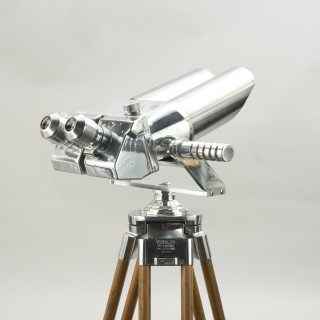 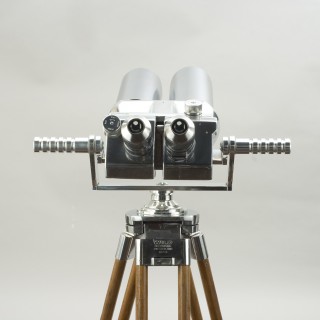 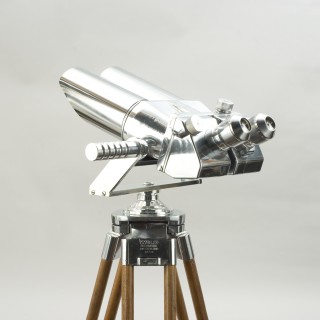 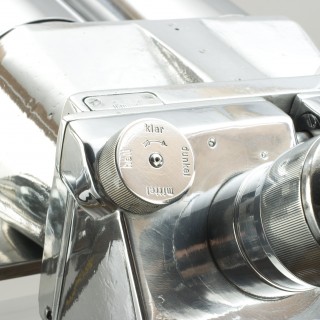 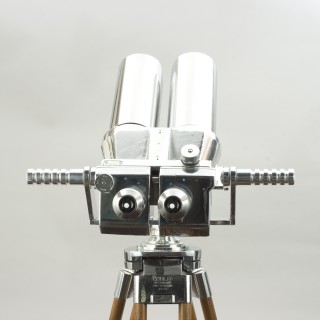 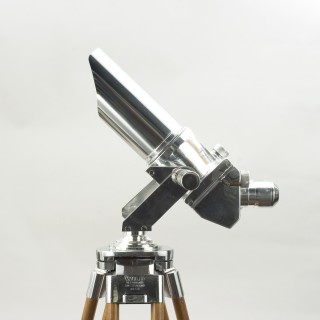 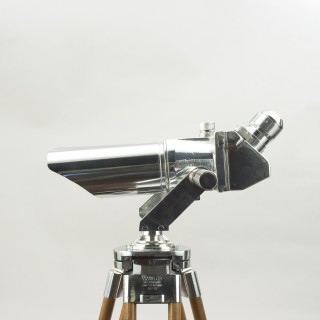 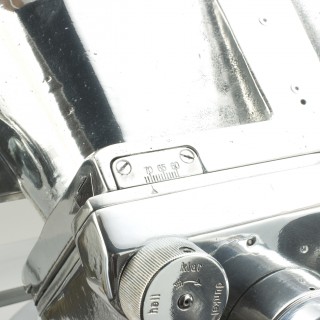 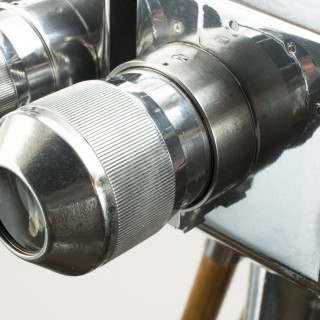 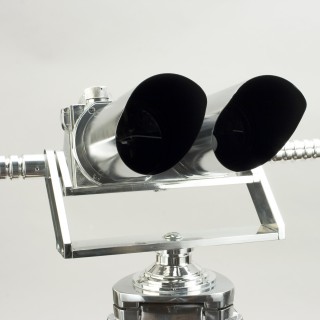 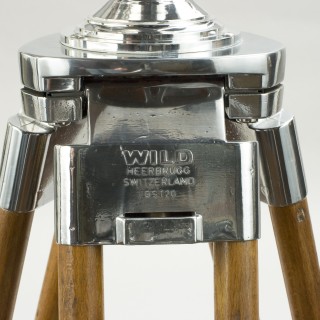 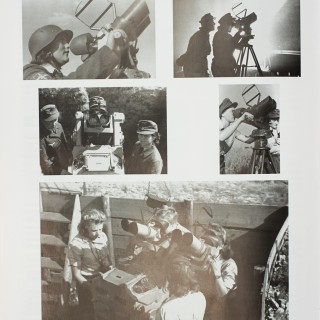 German Schneider Observation Binoculars, 10 X 80.
A pair of German ex-military observation binoculars mounted on a modern aluminium cradle and gimble with vintage adjustable ‘WILD’ wooden tripod. The binoculars with 45º incline eyepieces and are marked D.F. 10 x 80,O dkl X, 32243. dkl is the secret manufacturing code assigned to Josef Schneider Optische Werke Bad Kreuznach (later Goettingen) by the German Army Ordnance Department. There are two knobs on the top of the binoculars, the knob on the right-hand side is for interocular distance adjustment, the left knob is for the four shade settings for the lenses, marked ‘mittel – hell – klar – dunkel’, medium – bright – clear – dark. The eyepieces can be focused individually and the optical quality of the lenses is remarkable and equal to any modern equivalent and having an outstanding visual clarity. This is a fine pair of binoculars with a highly polished finish, giving it a sculptural look. Size shown is without tripod.

These large aperture binoculars produced during the Second World War were developed for their superior magnification and were manufactured for their specific military purposes where quality and dependability were more important than cost. They were used for long range land observation, aircraft identification or to facilitate the direction of anti-aircraft fire. Being large they were usually mounted onto heavy tripods and were also used on coastal installations as ‘look-outs’ or mounted to large heavy deck mountings on war ships. The last image is a wartime photograph showing the flakglass mounted onto the flak direction apparatus being used by female assistants (taken from the book – Militarische Fernglaser und Fernrohre by Hans Seeger).

The D.F. engraved before 10×80 on the binoculars stands for Doppel-Fernrohr (double telescope) and they are mechanically joined together along the horizontal axis with both the left and right sides being separate entities. In addition to DF 10 X 80 and the serial number symbols such as Δ, Ο and X can be found engraved on the body of the binoculars. These give the indication of grease used on the devices and the different symbols appeared in different years as improvements in lubricant performance or availability changed. It is not unusual to have several markings as some instruments returned for servicing, repair or were re-greased and would have had the latest lubricants applied and thus the current symbol being added even if a previous one already existed.
An approximate date of some of the different lubricant symbols are
K.F. : 1940-41
O    : 1942
+    : 1942-43-44 (mainly applied in 1943)
Δ    : 1943-45 (mainly applied in 1944).