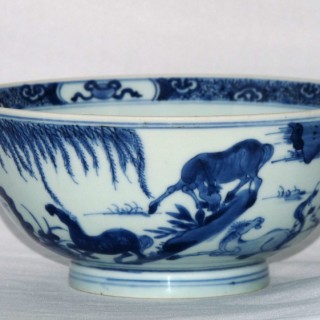 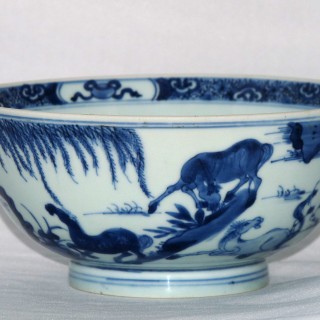 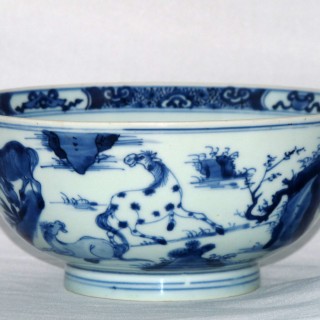 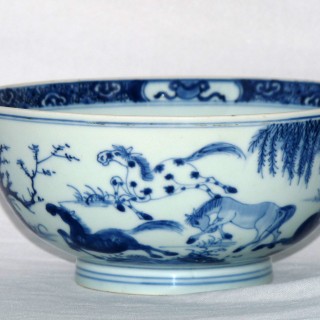 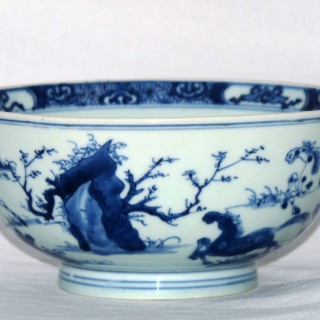 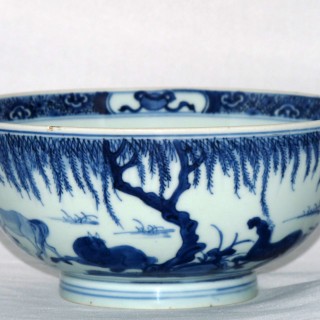 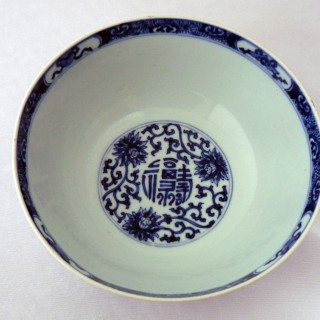 Kangxi Blue and White Bowl with the Horses Of Mu Wang

Chinese early 18th Century blue and white bowl painted with the eight horses of Mu Wang to the outside. made at the kilns at Jingdezhen during the reign of the Emperor Kangxi.
The wonderful painting to the outside shows the legendary horses of the mythical Emperor Mu Wang. The horses were endowed with supernatural powers and were to pull the Emperor on his Chariot with his Charioteer (Cao Fu) to the Western Paradise where the Queen Mother of The West lived and where the peach tree of immortality grew.
The horses are painted on the bowl in various poses under trees including Willow and prunus with associated rock work
The inside is painted with a lotus border around an archaic seal mark. An unusual design in bowls.
The base is painted with a double circle around a double fish

From the collection of Joseph Morpugo

Over all excellent just a tiny 2mm frit to the rim

Kangxi Blue and White Bowl with the Horses Of Mu Wang