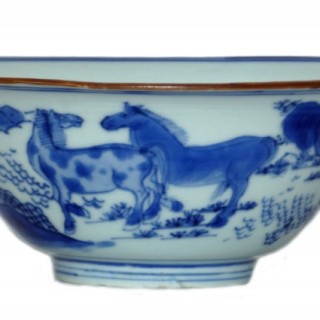 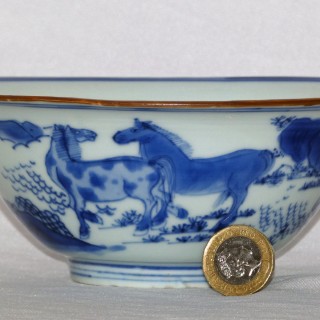 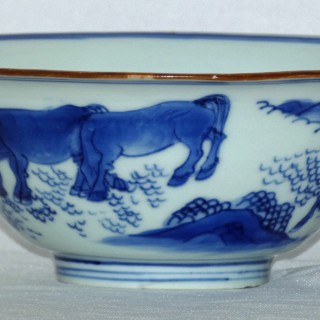 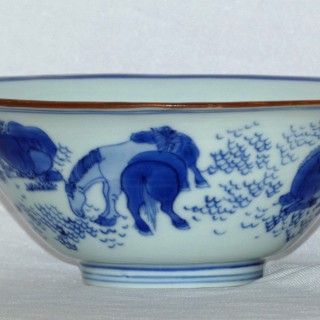 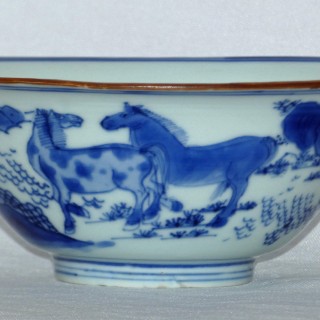 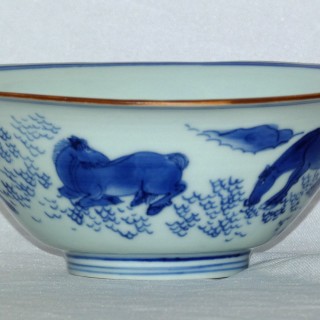 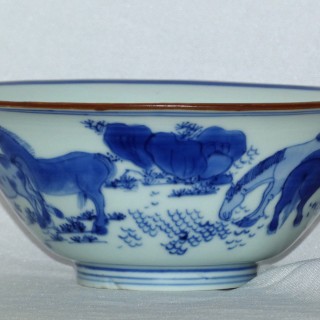 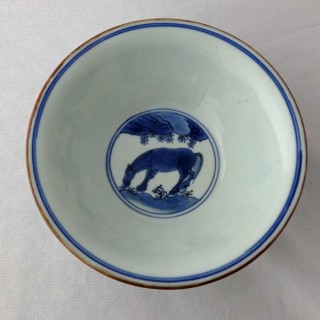 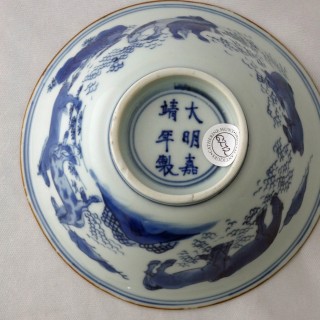 Chinese Late 17th century early 18th century blue and white porcelain conical horse bowl. Made during the reign of the Emperor Kangxi at the kilns at Jingdezhen.
Beautiful painting of the eight horses of Wang Mu grazing in a rocky landscape and with a six character apocryphal Jia Jing mark to the base.
Wang (King) Mu was a king from the Zhou dynasty. It is told in the tale of King Mu Son of Heaven who harnessed his ‘wonderful’ steeds to his chariot to take him to the fabled mountain of Kunlun where the ‘Queen of the West’ resided. His aim was to achieve immortality. The horses were supposed to have a stride equivalent to a mile in length. As none of the chariot party were ever seen again legend has it immortality was achieved.
For a similar bowl see The book from the Gugong Museum Qing Dynasty Blue and White Porcelain from the Shunzhi and Kangxi Reigns (Beijing 2005) number 110