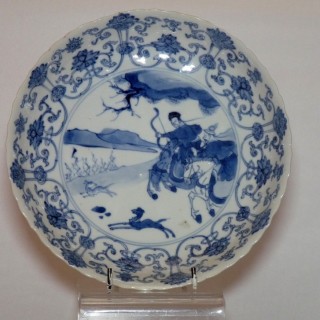 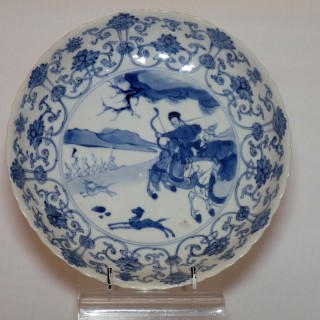 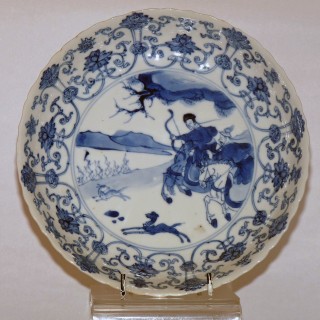 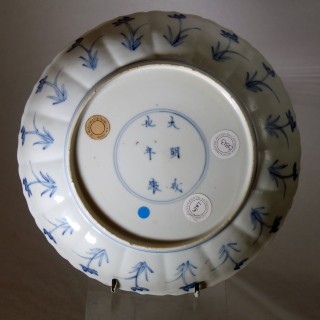 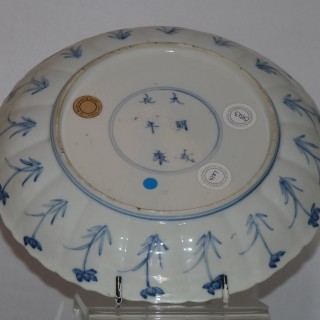 Chinese early 18th Century porcelain made during the reign of The Emperor Kangxi at the kilns at Jingdezhen. barbed edge above a border of scrolling lotus flowers with stylised foliage.
The centre is painted with the Mongolian Hunting Scene also known as the Amazonian Hunt. It shows ladies armed with bows and arrows accompanied by hounds hunting hares. In the series some hares escape and some do not.
Six character mark to the base for the earlier Ming Emperor Cheng H’ua as an apocryphal mark The Emperor Kangxi had forbidden the use of his mark on export porcelain after 1662 (David S Howard).
The underside of the moulded rim painted with single flowers.
Excellent example