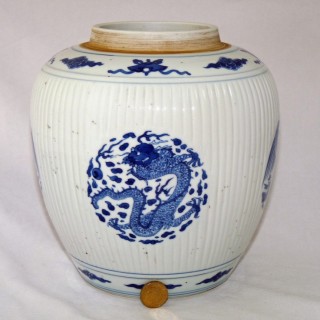 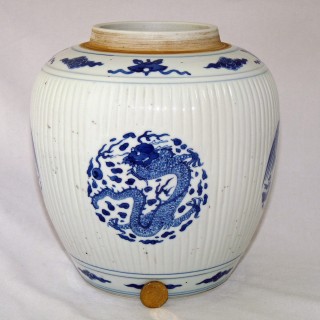 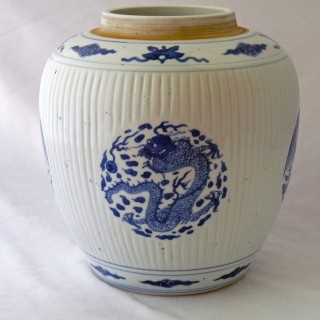 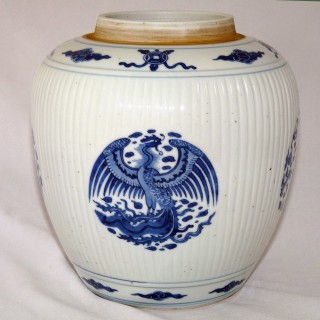 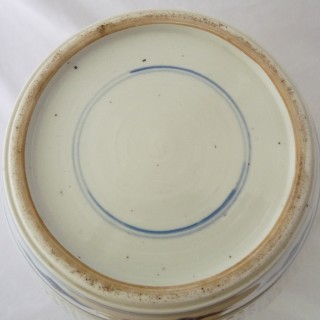 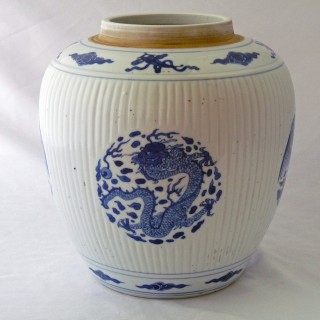 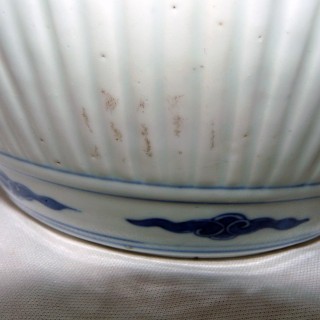 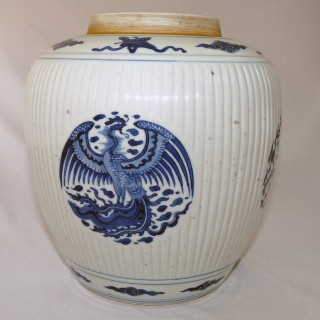 Chinese early 18th century dragon and phoenix ribbed jar made at Jingdezhen for export to Europe during the reign of the Emperor Kangxi. This type of jar is often reffered to as a ginger jar
The jar is painted with four well painted roundels of either a climbing Dragon chasing the flaming pearl amongst clouds and with bolts of lightning, or a phoenix with its wings outstretched.
The neck and around the base have bands of clouds or auspicious items and to the base itself is a double circle.
The jar is impressive as it is wide and very well potted
The four toed dragon in this instance is the ruler of the animal kingdom and the phoenix represents the bird kingdom and purity.
Excellent impressive jar