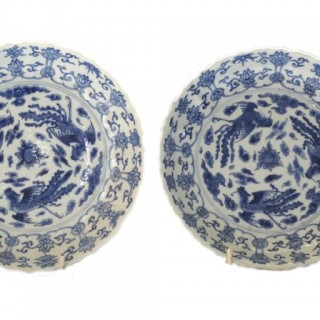 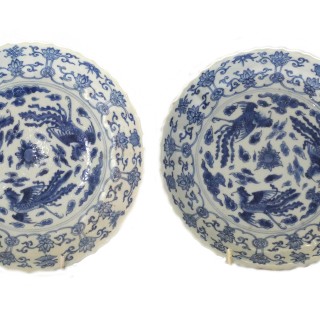 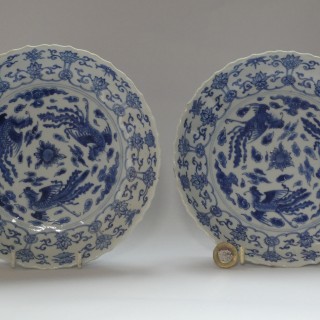 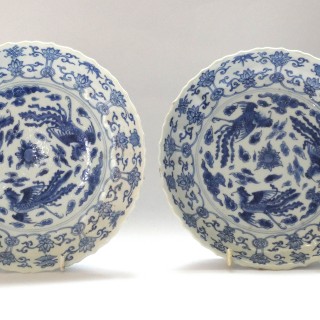 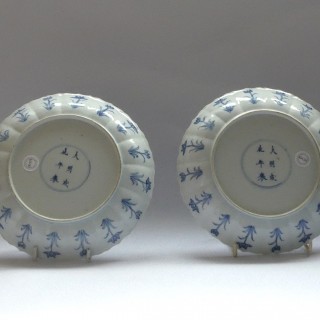 Chinese early 18th century pair of porcelain blue and white plates, made during the reign of The Emperor Kangxi at the kilns at Jingdezhen for export to Europe.
The molded sides are painted with stylized scrolling lotus in a trellis pattern interspersed with Buddhist Emblems
The centre is painted with three flying phoenix around a central motif of a Buddhist styled lotus flower head. The phoenix are flying through clouds with stylized ruyi heads.
The underside is decorated under the sides with tulip flowers in alternating panels.
The base is painted with a six character apocryphal Cheng H’ua mark this was to honour and not to deceive.
A phoenix has many meanings but in this instance it was probably to symbolise the human qualities of virtue, duty, correct behaviour, humanity and reliability.
Excellent unusual pair of plates