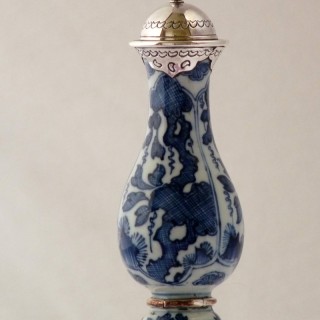 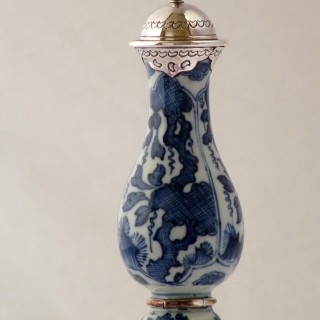 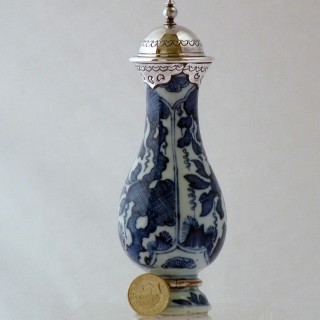 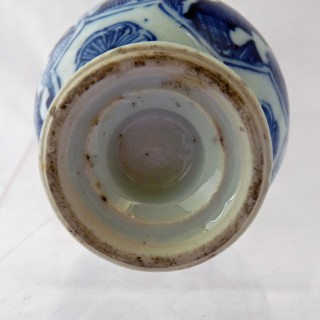 Chinese Early 18th Century Blue and White bottle vase made during the reign of the Emperor Kangxi with later white metal mounts.
The body is painted in panels of foliage. The pattern is in filled with hatched lines. It is believed that this form of infill was based on the way pictures were painted in European texts. The European printing presses unlike those of the Chinese used lines for shading.
excellent colour and shape.
The white metal is not hallmarked but tests as silver.

That which is visible is perfect