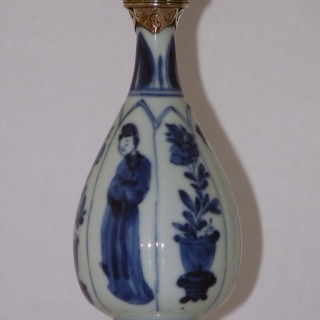 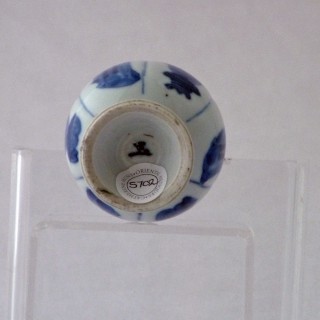 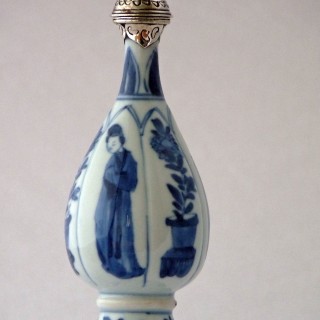 Kangxi blue and white moulded pear shaped bottle vase. Made at the start of the 18th century in China at the kilns at Jingdezhen for export to Europe where at a later date the white metal mounts, which are very probably silver, were added.
The sides are moulded in petal shaped panels which are outlined in under glaze blue. they are painted to the inside with either standing ladies, often referred to as ‘Long Elizas which is from the Dutch Lanjen Eliza, or jardinières of flowering lotus with flowering peonies. Around the foot rim is a line of flowering lotus.
Underneath to the base in under glaze blue id the mark for Jade.

The neck has stylized plantain leaves and around the base a

What is visible is perfect. The silver collar cannot be removed so the top of the neck cannot be inspected.