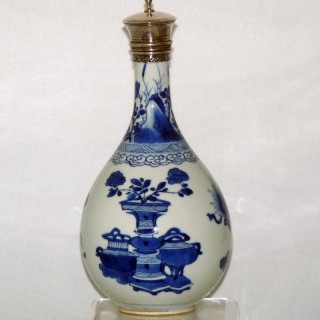 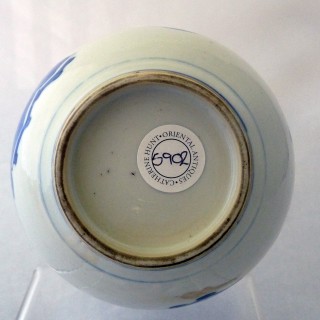 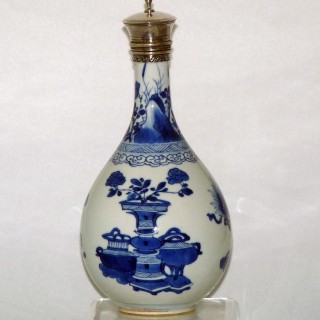 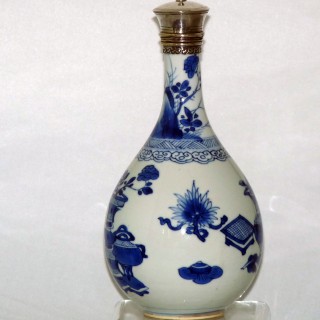 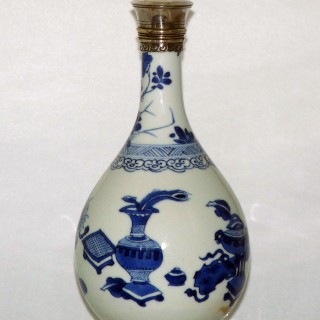 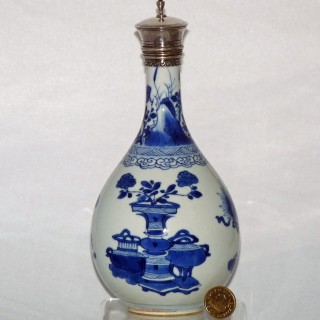 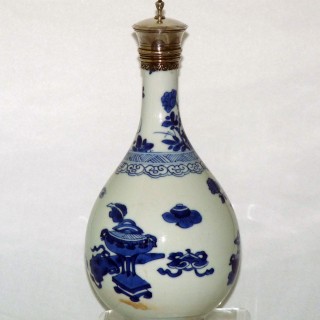 Chinese blue and white porcelain early 18th century bottle vase made during the reign of the Emperor Kangxi at the kilns at Jingdezhen.
Excellent colour and subject matter as deration on a well potted vase. the painting shows items associated with the scholar, also known as the four precious items of the scholar. Archaic dings, incense burners, archaic bronzes and jardinières below a band of Ruyi headed shaped clouds.
the later white metal mounts are silver although not hallmarked.

what is visible is perfect. There is a small glaze discolouration in one area